0210B: How The Long Birthday Weekend Panned Out 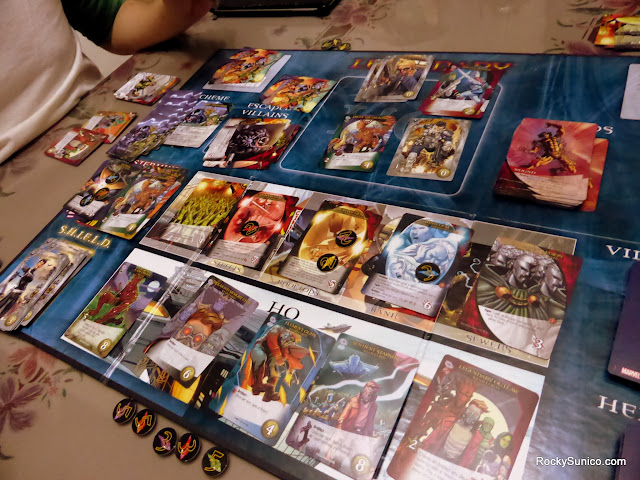 Friday was my birthday and obviously we had a lot of fun partying at O Bar, and for this I'm very thankful. I am also thankful for all the birthday greetings and of course to those who made the effort to brave the Metro Manila traffic breakdown caused by the INC rally to join us at the bar.

Saturday was pretty much spent at Aina's place for a board game night and some great food as part of a birthday gift of sorts. I just hadn't expected to spend the entire night just playing the Marvel version of Legendary with different expansions involved, but that's not a bad thing. We certainly had a lot of fun, even though we didn't exactly win every single game.

Sunday was mostly devoted to the August Dungeons & Dragons Gaming Seminar, although I did take the time to get a little geeky shopping done and bought a few more Transformers for myself. The seminar itself was pretty successful given the turn out, although I foresee that we'll really need to find a bigger venue in the future if we're truly going to grow the hobby.

We played more games all through Sunday night and today we finally watched Inside Out (and cried a fair amount). We're still a little tired from the weekend, but we definitely had a great time. Going back to work after such a weekend is never easy, but it's not like we have much of a choice at this point. Life goes on.
birthdays gaming moving pictures sietch life tabletop gaming Tobie