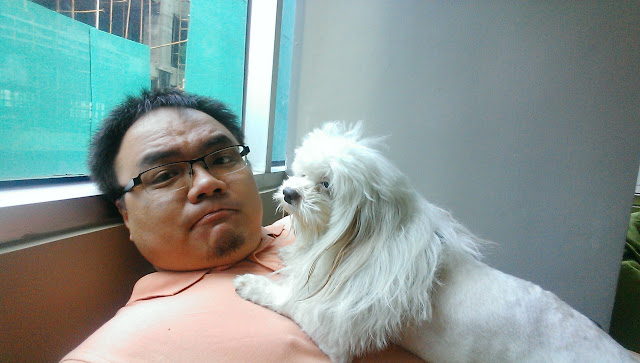 In less than an hour, I'm turning 33, but we're still navigating EDSA traffic in order to get home.

As much as I like numbers that are divisible by 3, I'm also not very keen on 11. I don't have a logical reason for my dislike of the number - it's just a prime number that never really appealed to me. And this is coming from a guy who loves most prime numbers on principle alone.

But 2015 has been pretty great to me so far. I'm now in a really great job and Yoshi is now an office dog and I have Tobie in my life. I don't exactly have significant reasons to complain or anything.

So despite my aversion to the number 33, o have a pretty good feeling about the year ahead. Another year older, another year wiser, and all that fun stuff.
birthdays inner ramblings work