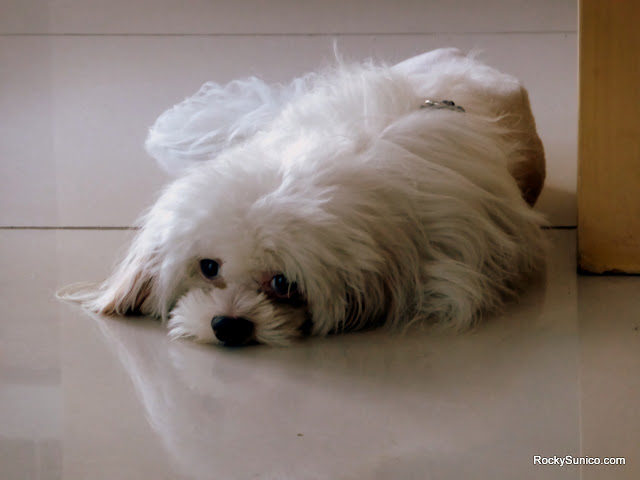 For the most part, Yoshi has been a house dog. He only really left the house to visit Tobie's family down south or to head to the groomers or the vet, but that has been pretty much it. So the whole transition to spending work days at BGC has been quite an interesting change for both of us.

Now he gets daily walks and he interacts with a lot more people on a regular basis because of the whole work situation. And then there's the many dogs he's started to encounter during our walks, which represents pretty diverse social experiences. He's generally okay with the different dogs, but he doesn't seem to initiate contact nor does he go out of his way to interact with other dogs. But we'll see how he develops - I'm sure things will get better in time as he gets more experience.

I'm just glad that he has a chance to head out and see more of the world. He's quite fascinating to watch as he trots up and down the street, stops to investigate various scents of interest and of course marking territory. It's almost like he takes some time to "compose" his message including lifting his leg a few times without doing anything and then finally releasing the "final" message.

It's such an amazing thing to be able to work in an office that allows dogs. Yoshi and I are all the better for it.
aminals work Yoshi