0209A: Updates on Yoshi's BGC Transition 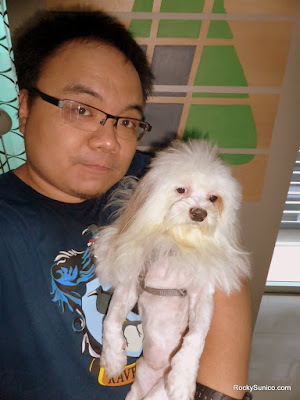 So apart from all the crazy work stuff that gets crammed into a Friday, I got Yoshi groomed today. We was long overdue for a haircut (and on that subject, so am I), so some searching led me to trying out Wishbone, which is the pet care service attached to Hobbes & Landes over on Bonifacio High Street.

Yoshi seems to like walking along BHS more than the other streets of BGC. Once I get him to the area, he's all eager to walk quickly, investigate new smells and of course mark territory. He's pretty serious about his marking and I'm just thankful that he has never bothered to attempt to mark the Sietch in this manner.

The facility itself wasn't too impressive but at least the groomers sounded like they knew what they were doing. We went back and forth a bit as we discussed the nuances of how I wanted Yoshi's hair to be done and the end result was pretty good. And he didn't get nicked or cut as what happens sometimes at Pet Express, so that's another point in their favor.

Yoshi's walk home was even faster than the walk over and he wasn't too surly after the experience. Some past grooming sessions leave him very anti-social, but this time he wasn't too bad. He still interacted with everyone at the office to some extent and we even got to run around a bit as well. Chasing Yoshi is somewhat silly but a lot of fun. Plus I could use the physical activity as well. 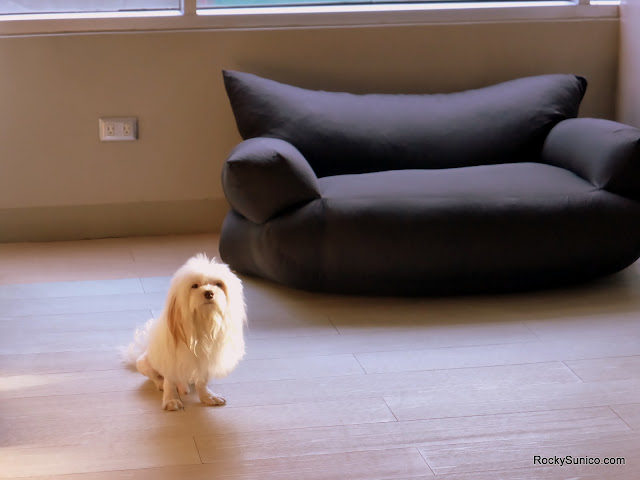 And then you get moments like this when Yoshi poses in beautiful light and he just looks especially adorable. I so love this dog and I'm super glad that we've created a working environment where he can be with me every day. I think the experience has been of great help to both of us.
aminals work Yoshi