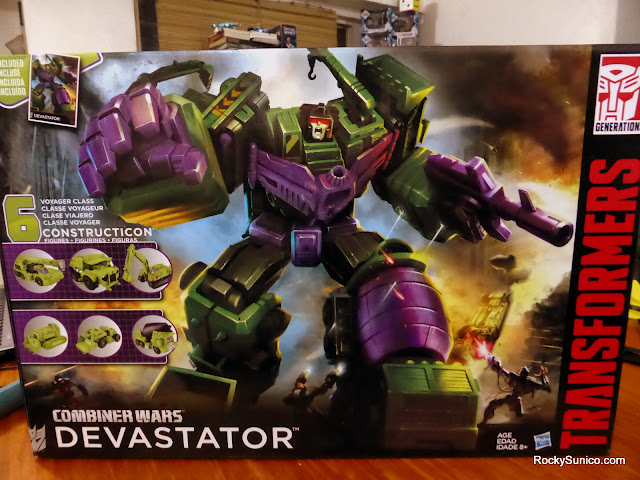 I know that Transformers storage is the biggest problem at the Sietch apart from board game storage and book shelving. But hey, there's still so much going on in the geeky world that I don't think I'm going to stop collecting geeky things any time soon. Tobie is such a supportive partner (and enabler), but hey it makes for happier days. I just need to figure out the cleaning schedule since I indirectly have a collection of dust as well.

Transformers Generations Combiner Wars Devastator was easily projected as one of my bigger purchases for the year. Ironically, I never owned the G1 version of this figure, but I did at least get the G2 version once upon a time. So this update is something that I've been looking forward to and I'm glad that it has come along during my birth month. Original projections were for later in the month, but things have been reaching our market a lot quicker, much to the lament of our wallets. But hey, it's all in good fun and the budget still supports such purchases, so I'm still good.

I've yet to open him up though. So I ended up devoting a lot of the afternoon to opening up prior Transformers purchases in order to sort of still address them in order. The only one left to open up is the Platinum Edition Trypticon, but I might still go for Devastator first instead of dallying with that big dinosaur base first. Both are definitely awesome and I regret nothing, but of course I still need time. The space question will have to be answered another time.
sietch life toys Transformers