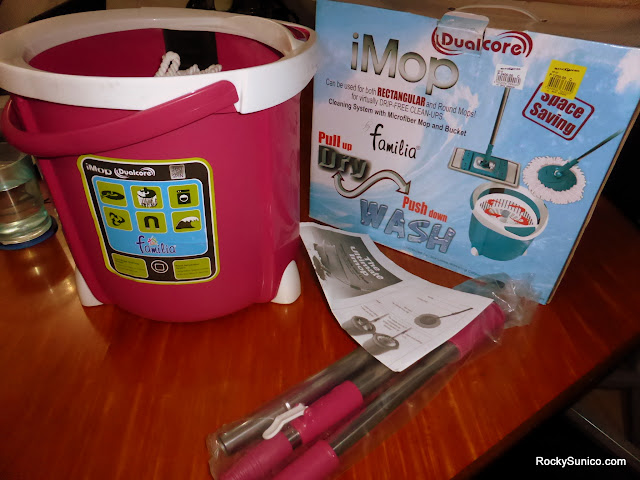 It's hard to imagine doing any chores during the week given the rigors of the daytime work commute and of course work itself. So I've been doing my best to cluster major chores for the weekend despite our rigorous gaming schedule. It's not that difficult a task in itself - it just needs a fair amount of commitment. And given I've actually been tidying up a lot at the office, it seems only fair that I make the time to do the same thing at the Sietch.

But Rocky, why don't you just get a maid? To be honest, I don't know. I guess it feels weird to think about given how we're not home all the time. But we have been considering getting someone for the office including possible splitting time with a friend who is also in need of help but not on a full time basis. I guess there's a certain degree of pride that still comes into play when we think about getting house help. And while Tobie and I are able to make do here and there, for the most part the Sietch remains rather dusty, especially given all my Transformers and other collectibles. And that's a continuing problem.

For now, I'm just glad that I've to make the Sietch look a little better. Plus Yoshi got a very thorough bathing and he's a brand new dog again. Having him at the office is fun and all, but even walking the relatively cleaner streets of BGC still takes its toll on his white furry body. So yeah, that was a long conversation of sorts in the bathroom for the two of us.
inner ramblings sietch life work Yoshi