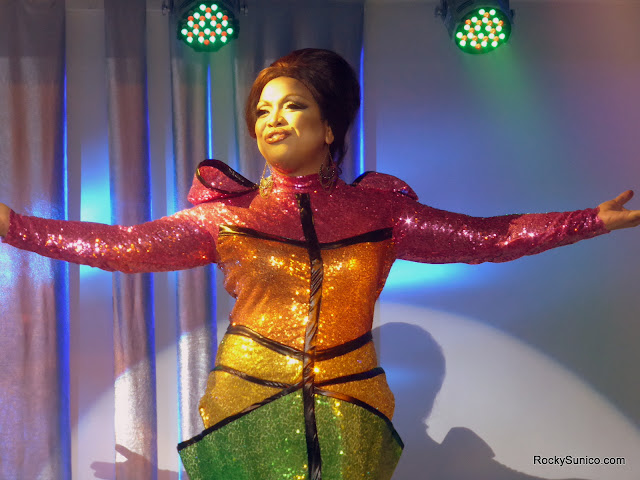 So during the O Bar Pride Party last month - you know, the one with Manila Luzon - we bumped into a friend (one of those you talk to more on Facebook than in real life). It was nice to see him there and naturally we took a few photos together and then a wee bit of catching up despite the near deafening music at the bar. In a move that felt surprising to me, he went into a whole conversation about wanting to work with me to do something more in support of LGBT rights in the Philippines. At the time (and now), I don't I fully understand what that means or what I should do. But I have been thinking about it.

I was very active in student government during my grade school and high school years. It felt like the right thing to do and I generally believe until today that I, like many other people out there, have the makings of a leader. But admittedly I consciously avoided responsibility during my limited college years in order to focus on my studies for a change and be a little selfish. Plus my high school activism  left me rather tired and burned out by college that I was prepared to let other people worry about the world - I just wanted to get by.

In recent years I have been thinking a lot about the LGBT rights battle here in the Philippines. After all, I'm an out and proud gay man and I'd like to enjoy certain legal protections that the law doesn't provide at present. Plus there's the even simpler goal of finally being able to marry Tobie and have this marriage recognized by the state. I've also tried my hand at joining public demonstrations in support of LGBT right such as the various pride marches over the years and I've somewhat attempted to get involved in the volunteer effort whether for the pride march or for the on-going fight against HIV/AIDS as well.

When you talk to anyone who has been involved in the local LGBT advocacy scene, you'll often hear this odd note of sadness or even get a sense of defeat from the person. There will be frequent references to politics, socioeconomic issues adding a whole different angle of pressure on its own and all these other complications. There are a lot of different personalities out there who are trying to work on different aspects of the struggle but not necessarily agreeing with others when it comes to what should be done next.

I posed the question to my social profiles of what people think should be done to advance the LGBT rights cause around here and the initial responses have been varied but interesting. There's the usual call for legislation in support of LGBT rights, the need for stronger lobby groups and other related remedies. Other stressed the need for publicly recognizable leaders leading the charge in the struggle along with a need to rise above the politics currently holding back a number of LGBT rights efforts in the country.

But to be fair, not many people have replied even to that cross-platform question and I can only wonder as to what that might indirectly tell me with regard to how much people are thinking about LGBT rights. And we're talking about more than just media-bait issues like gay marriage but equally important measures related to anti-discrimination laws and other such protections. There's just so much to do with an unknown number of LGBT supporters willing to actually do the work to get things moving. But what else can you do as everyone is trying to make a living while at the same time Metro Manila traffic and family obligations all make demands of your time and limit what you can do.

The LGBT rights struggle is a difficult road and more like a full-time job. But I don't necessarily see a lot of people in a position to give up that much time or even have a way to fund such an effort. What then, right? What do we do now?

And so I continue to think about all these questions and factors. I hope to figure something out sooner rather than later. I want to do more.
advocacy inner ramblings LGBT Pride O Bar queer life sietch life