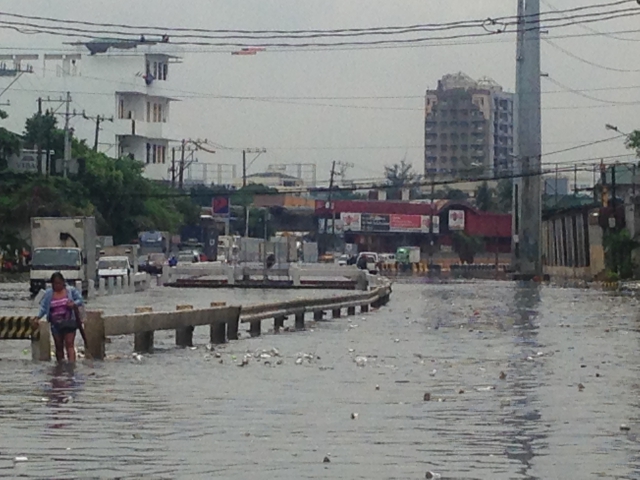 Tropical storm Egay (International Name Linfa) may not have directly crossed Metro Manila, but it has certainly dragged enough rain clouds in its wake to make an impact. The sad state of Metro Manila's drainage capabilities has naturally resulted in on and off flooding in different parts of the city. Yes, the rains haven't been too strong except maybe last Sunday for the most part, but steady, continuous rain always proves to be more dangerous to Metro Manila that a fast-moving yet powerful typhoon. And that's always rather sad.

Some cities cancelled classes early on but others ended up waiting for much later in the day. And in this matter I do feel for the authorities and the challenge that they face. Certain conditions for class cancellation have been set down on paper in order to provide some sense of standards and rules to this process. But the weather can be quite mercurial after all, as is the way of such things. And the metropolis doesn't seem well-equipped for that sort of thing.

To be fair, I'm never directly worried about flooding since the Sietch is located in a pretty good location. However we are quickly surrounded by flooded areas, like that weird part of EDSA near Camp Crame / Santolan that always seems to flood pretty bad these days. It's stupid and we deserve much better storm drainage systems than what we have now, but of course we don't often get nice things from our government.

Another storm is projected to enter the country in the next few days, so we all have to accept that the rainy season is really, really here. This does not mean that another day of summer-like heat can't happen tomorrow. It just means storms and typhoons are bound to come out of nowhere over and over again over the next few months.