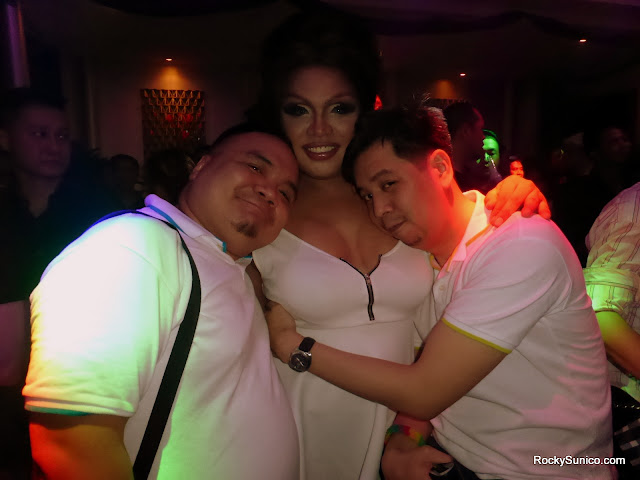 Even I have to admit that it still surprises me how much I've gotten into drag culture in recent years. I probably don't seem like the sort of geek who would go crazy for drag queens, but these days I'm pretty passionate about the whole thing. Obviously O Bar plays a key role in this - or at least that's what how I see things. Even things like RuPaul's Drag Race became interesting only after I was already getting more invested in drag

My love for drag culture does not extend to wanting to dress like a woman - I just appreciate the art form in itself. And yes, I think we've reached a point where drag can be considered to be an artistic form of expression of some sort - like a very colorful performance art form. They're larger than life characters that perform amazing number or at least manage to make us laugh here and there.

But you get a taste of how much I appreciate the hard work that goes into drag given the ridiculous number of photos and videos that I take whenever we're at O Bar. I know I don't need to take so many  photos since I'm not paid for the effort or anything like that. And yet I continue to choose to do this since I really want to show my support for the girls and give them materials to use for their self-promotion efforts. It's not part, but it's my way of showing a little more support.

I recognize drag probably means different things versus different people. For me it means a celebration of part of your innermost self coming out in a really big and colorful way. The wigs and dresses and crazy outfits are all part of a greater message - an on-going conversation about what could be and what you want to happen in the world. Drag is a celebration of life.
inner ramblings O Bar queer life