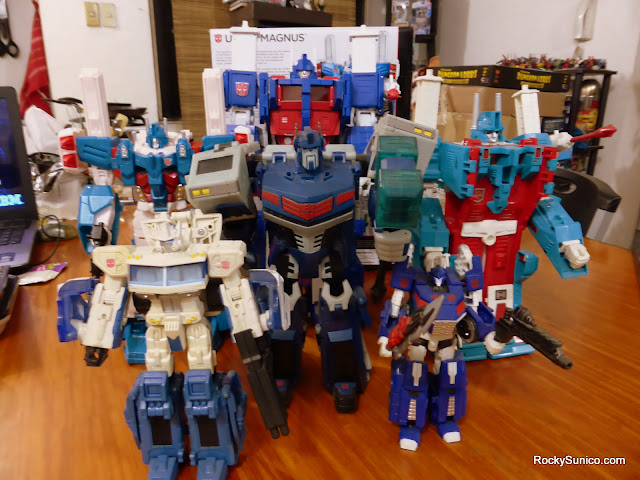 I first fell in love with the Transformers while my family was staying in the US in the 80's. My challenge was that I was slightly late to the game, or at least I did not have a fully formed enough brain in 1984 to understand what was going on. By the time I that I was all over the toyline, I had missed that critical first wave of G1 toys and we were headed for that turning point known as the 1986 Transformers movie. And as was the case for many kids of my generation, that movie really left a mark.

Now earlier this year I had already talked about my respect for Ultra Magnus, mainly because of that aforementioned movie. At the time I had just acquired the Takara Masterpiece Transformers Ultra Magnus figure. And the newer Transformers Generations Combiner Wars Ultra Magnus was just a toy announced for release. Now I have both figures and I'm quite the happy camper.

And now that I have a modest enough spread of various Ultra Magnus figures, I suppose you could say that I've begun to actually "collect" him. I never got his Transformers Prime version through, and I may rectify that soon enough, provided I find one on sale. We'll see how things go. But for now, I'm happy with the guys I have and I love the fact that between the newest Combiner Wars figure and the Masterpiece figure, the boys at Hasbro have really gone a long way to celebrate this classic G1 character with some pretty creative toys. 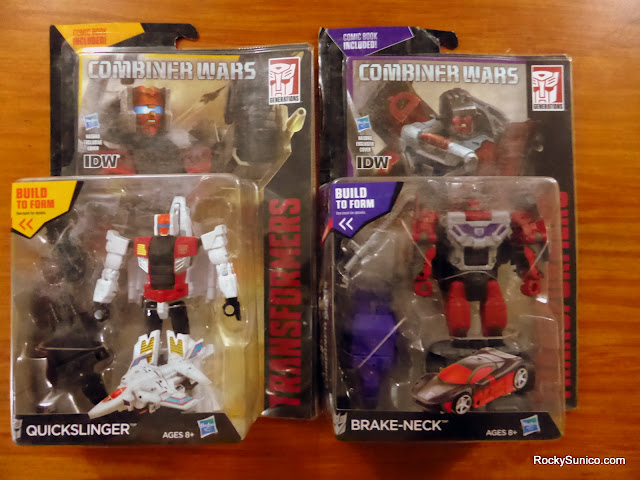 Today my order for Quickslinger (Slingshot) and Brake-Neck (Wildrider) finally arrived by Xend courier. And while they're merely retools of prior figures, they do help restore the balance in one's gestalt collections to be more G1-accurate. When first two combiner sets were released, they opted to create new characters for each of the teams as a weird marketing stunt (and partially due to trademark problems). But now they're here with new names but generally classic paint schemes that make G1-obsessed collectors like me pretty happy.