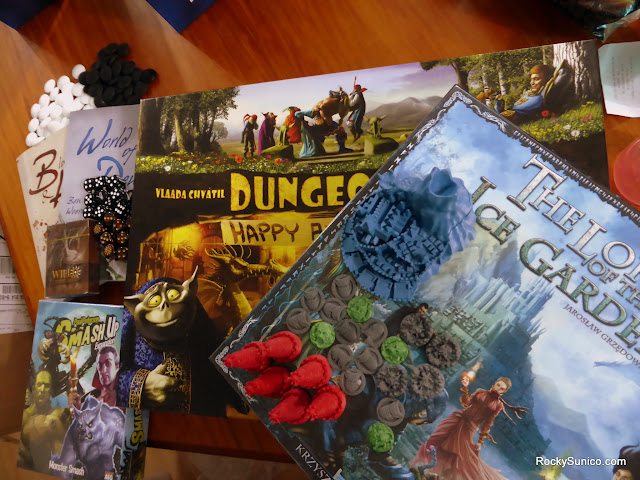 So another Balikbayan box from the US arrived this week as assembled by the family of Tobie's brother. As they are based in the US, we've been using their address as the delivery destination for various orders including some subscriptions I've signed up for and various Kickstarter projects that offer free shipping within the US. This means a bit of a delay before we get anything since one has to wait for a box to get filled up sufficiently, but we're pretty patient guys.

Guiltily, this shipment mostly contained a LOT of stuff that we had ordered last year. I kind of made the most of some of the Black Friday sales on Amazon, and so we ended up with some great Blu-Ray editions of various movies and other fun stuff. Tobie recently supported a number of Kickstarter projects and we're finally getting our hands on the finished products from those  crowdfunding campaigns. And man, the games are really pretty. 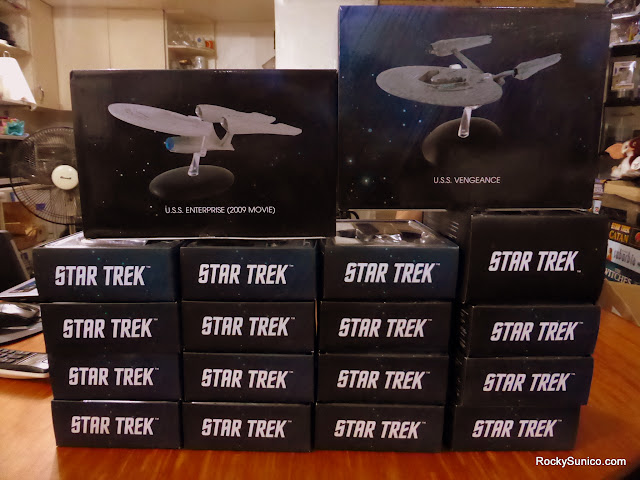 As always, the bulk of the shipment consisted of the various Eaglemoss Star Trek Starships Collection models, given I've been registered as a subscriber since the line of figures was launched and it has been a pretty enjoyable ride. But that's quite the commitment since there are at least 2 new ships released per month, plus periodic special releases here and there. For this alone I am eternally grateful to Tobie's family for putting up with these monthly shipments of fictional spaceships. It can't be all that easy, I'm sure.

Well, more things to open up, photograph and enjoy! And yes, more storage issues to consider finding solutions for as well. It's a good problem to have.
gaming sietch life Star Trek tabletop gaming Tobie toys