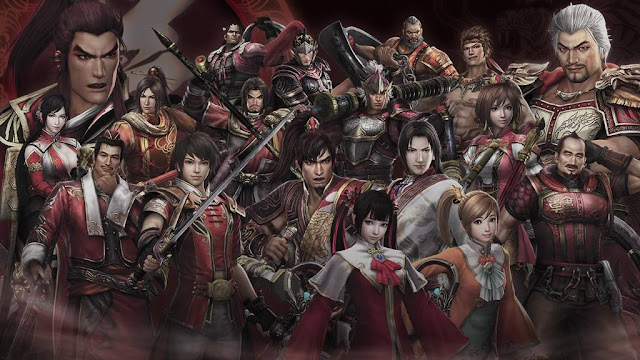 This is a 3-day weekend for most given Friday was Philippine Independence Day, but in our case it was still fairly busy on Friday, especially for Tobie. He had two major deadlines for yesterday and feedback is still coming in today, so it has been nagging at him. And I know he feels bad that we generally haven't been able to do anything particularly "special" for the weekend since he's been preoccupied with work. And after a long night of client updates, we ended up having a pretty late start to today in turn.

One of the more helpful distractions this week was finally reviving our PS3 after literally months of inactivity. Seriously, we started with a major need to update the firmware to the latest version and all three of our controllers completely drained of power. But after getting everything back in working order, we've been diving back into the Dynasty Warriors franchise to help take out some of that pent up aggression from all the stress of the work week. It's not much, but it does help a bit.

It is rather funny how the makers of this game have essentially selling a particular experience over and over again with little only modest innovation between versions. I think I started playing back around the time of Dynasty Warriors 3 and the main claim to fame was the fact that you could contol a legendary hero who has the skill and prowess to defeat hundreds of opponents. There's not too much that can be done about the story since it's based on a pretty popular classical text, the Romance of the Three Kingdoms. Each version of the game has tried to innovate how the various stages are handled, but at its core we've been running through the same plans and strategies as outlined in the book. The biggest difference is how many characters are included and each version of the game has added a few more notable names to the roster.

Last night we finally finished the primary story campaign for Wu, which was fun but notably tragic given how a big part of their story has involved their leaders dying one after the other. But it was a nice little escape from reality, and with Yoshi snuggled between us on and off again.

Today we finally left the Sietch for a place that was not work and managed to squeeze in time to catch Jurassic World. It's not some big out of town vacation or anything like that, but that's perfectly fine. I've never been one to really want to get away from it all, in a manner of speaking. I'm just happy doing pretty much anything as long as Tobie is with me. And I'm sure the rest of the weekend will go fine - we'll just make the most of the time that we have in whatever manner possible.
console gaming gaming sietch life Tobie work