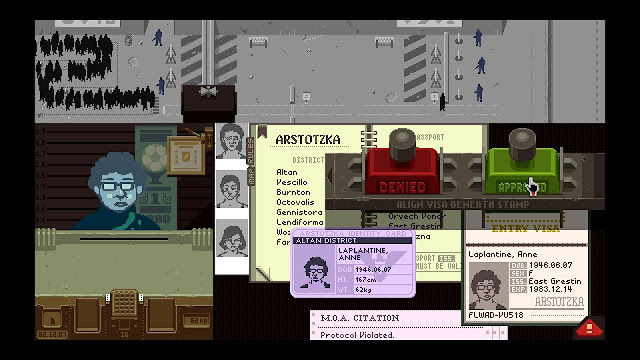 Despite today being a holiday, both Tobie and I had work. His company had some major deadlines that couldn't be pushed back, so everyone had to put in a bit more time. As for me, it's not exactly a holiday in Singapore, and so the show still has to go on. But thankfully I made sure to juggle things around in such a way that I made sure I wouldn't be too busy today. It has been a pretty busy week and I know next week will be even more hectic. And thus I wanted to take advantage of today to some extent.

I actually hadn't realized that today is also the start of the Steam Summer Sale, that time of the year when they seem to put up random parts of their inventory on sale, thus getting gamers to buy even more games that they will have never time to play. And we're talking about DRM-locked games, virtual property that is just as much yours as a condo is. But it's a beautiful lie that we all buy into.

Ironically, my shopping started with a free-to-play game called Clicker Heroes, which is now replacing the silly Evolution games that I've been tinkering with over the past few weeks. Naturally I picked up a few more Telltale Games titles, which are pretty much point and click adventure games with a bit of a twist. But the cherry on top of my ice cream today is the Homeworld remastered collection, which I've been drooling over for months now. I never finished the original game and I doubt I will survive it this time around. But it's nice to theoretically own a copy again.

And then there's Papers, Please, an indie game that I could have certainly purchased some time ago, but I deliberately waited for a Steam sale. And now that I have it, I felt pretty committed to actually playing it once I done with my work stuff. And man, what a brilliant experience it is. It's a game that has a story, but the story is subtle. It's a nuanced tale that is buried beneath day after day of increasingly complex requirements and the sheer mundane nature of routine. I think I want to write more about it one another day - I also want to actually finish the game before really sitting down to writing about it. But seriously, it is amazing.

And outside of Steam, Star Trek online finally put their Lifetime Subscription option on sale. I had long convinced myself that I wanted to get it, but my research also revealed that the developers routinely offered sales around the time new content was released. And with the launch of "Season 10" of the game, I knew a sale was inevitable.

So yeah, it's a local holiday where I still had work to do and yet I managed to go game shopping without every leaving the Sietch. The joys of modern convenience.
gaming holidays sietch life Star Trek Tobie work