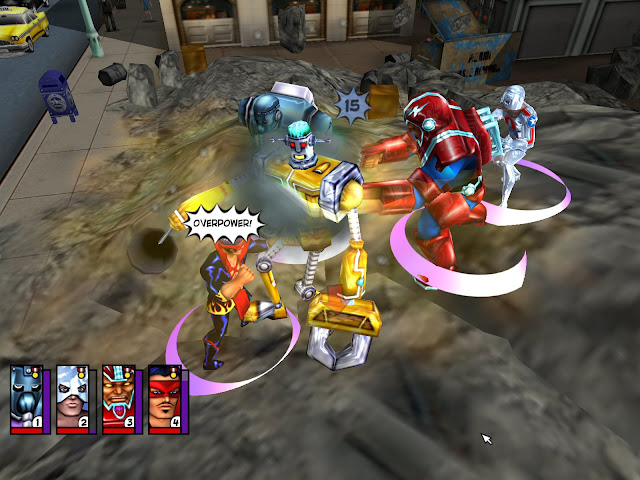 So today we just started our DC Heroes game, using the old 1993 system from back in the day. Despite so many different superhero RPG systems that have come out over the years, there's something about this particular system that makes it an interesting fallback. At first glance it seems a little clunky and the tables can seem to be a little intimidating. But once you really get into things, the game is actually pretty fluid and runs really well.

We've actually been talking about our potential characters for weeks now and it's nice to finally set these characters free into this little world to see what happens. And while I've played DC Heroes a few times now, this is the first time I'm playing the game with original characters that we've created for ourselves as opposed to pre-generated characters based on established heroes.

I'm pretty happy with the initial feel for the game - it's already lighter in tone compared to our long-running Houses of the Blooded game that ended recently, and that's a good thing. We've been looking for a game with a more positive outlook after months and months of being all dark, paranoid and dramatic. Both games have their fun moments but sometimes you just need a drastic change in tone to feel that greater sense of fulfillment.