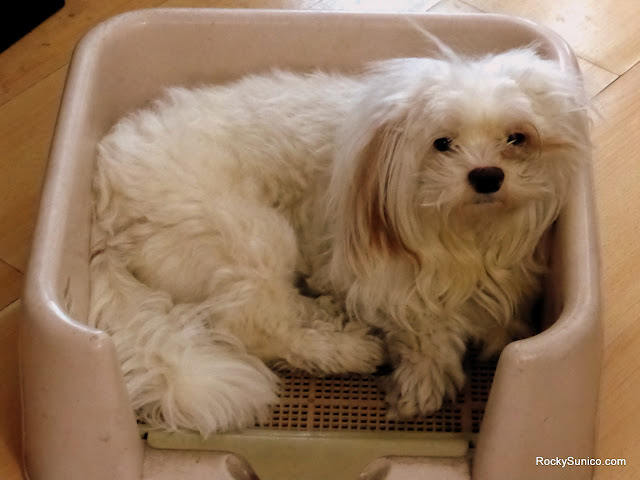 Been struggling with this buggering cough all weekend. We've traced the sequence of events and most likely Tobie brought it home somehow then gave it to me. It's a natural consequence of living together - the sickness of one is bound to spread to the other. And the shifting weather probably hasn't helped either with blazing dry heat one day and sporadic rains and humidity the next. This summer season doesn't feel quite as bad as past summers, but it doesn't mean it has been significantly better either. We can only hope for the best - I'd like for things to get better sooner rather than later.

The cough that Tobie and I share has manifested in different ways for each of us, and I know I have my asthma to blame for that. A cough can just be a cough but when I get a cough, my asthma really comes out to play. The fact that the only way I've managed to get things back under control is by going back on Pecof, which is both an asthma drug and a cough drug, acts as a pretty good indicator of where things stand. Things still bubble up from time to time, but for the most part I'm feeling better.

I feel like I've lost time to just resting and such when I could somehow be "more productive" or something. I can't fully define what that should mean since it's not like I have an absolute set of things to do but actually have a fair number of things that I need to accomplish. But hey, we continue to push forward and make the most of the time given to us.

And by tomorrow I won't have much of a choice. I've already lost a day at the office and so I'll need to get back into the groove of things by tomorrow.
health sietch life Tobie