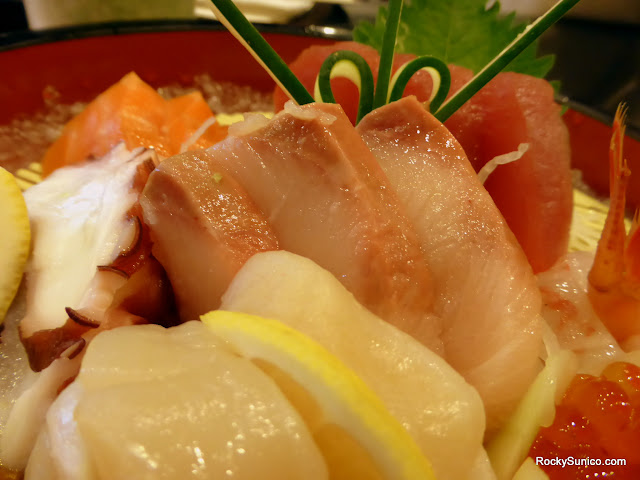 I really love Japanese food. As much as I enjoy a good bowl of Vietnamese pho and I can decently manage cooking different sorts of pasta dishes, there's nothing quite like Japanese food. Whether we're talking about different forms of sashimi / sushi / maki, ramen, curry or topped rice, there are few Japanese meal options that I don't like.

I think one of the key points of great Japanese good goes beyond flavor but also a richness to the eating experience and a general sense of lightness in most of the meals. Maybe lightness isn't even the best term - I guess it's more like a sense that things taste so clean or feel healthier than their Western counterparts. And I'm not just talking about sashimi (although good sashimi can taste pretty clean indeed) - a lot of different Japanese dishes are surprisingly simple but taste so rich and amazing. 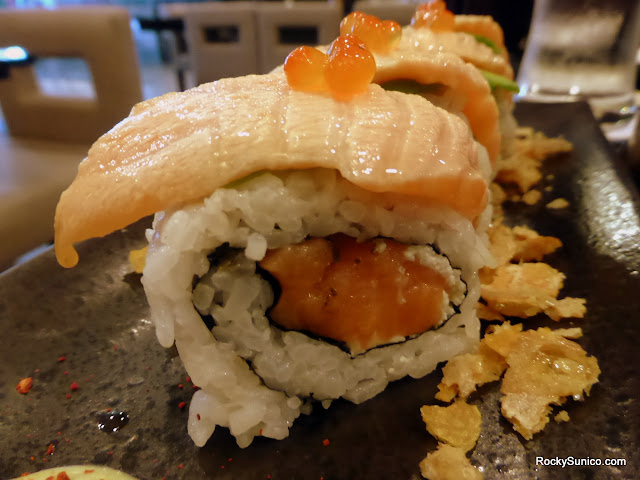 I was thinking about this over the weekend given our blissful meal at Ogetsu Hime over at SM Aura. It was a rather expensive meal but it was also a very rewarding one that I'm glad that we had a chance to experience. And that's the thing - it goes beyond just eating food but also experiencing it. There's a clever play on textures and flavors and even temperatures that makes Japanese cuisine so interesting. And while a lot of different cooking styles have this as well, there's just something special about how it all comes together in these meals.

In recent times we seem most drawn to different types of ramen as a primary meal experiment and Ryu Ramen & Curry has edged out as a place for great ramen on a budget. I'm sure there are fancier, more indulgent places for ramen but Ryu stands out as great quality for money. 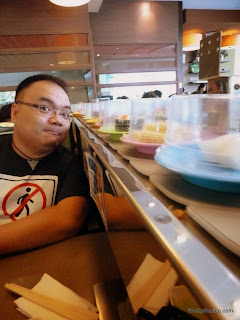 What I really hope for are more conveyor sushi places to make their way here. We're down to like two branches of Sakae Sushi between MOA and Robinson's Place Manila and that's not saying much. Sakae isn't exactly amazing as far as sushi goes, but I guess you get what you pay for. There's just something about the novelty of conveyor belt sushi places that gets me all geekily excited for some reason. Or maybe I just like the almost hypnotic quality of watching all those little plates of sushi going around the restaurant.

Genji-M was a good option for sashimi buffet options, but at the same time it's a little annoying to get a table there and sometimes their on-going promotions junk key parts of the menu that we like more. Thus on a similar note, one might try any of the big buffet places out there and focus on their sushi bar instead of all the other stuff that they make available. But such options tend to have rather rushed rolls that don't quite capture the nuances of good Japanese food. Again, you get what you pay for.

The real dream is to go to Japan some day with Tobie and have the two of us spend a ridiculous amount of money on the food there. I'm sure it'll happen one day but it'll probably be later rather than sooner, much to my regret. This is just an economic reality for now.