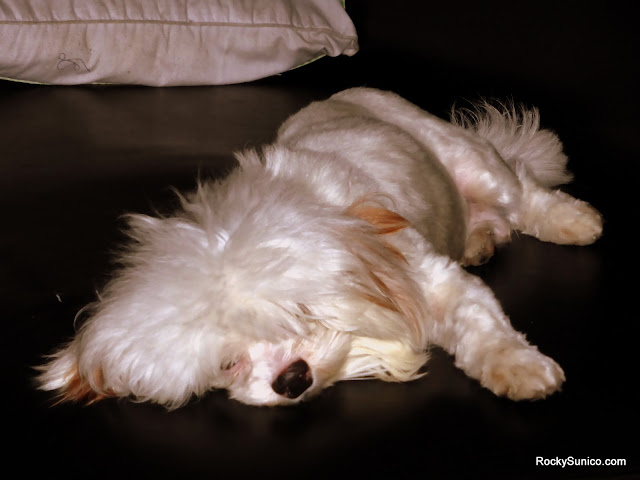 So for the most part I've been on an afternoon-to-evening schedule at work, which is the closest I've ever gotten to an actual daytime work schedule in pretty much 12 years. It all feels a little surreal and I'm still trying to get into the groove of things. Plus there's the fact that this is still a transition period - things will shift soon enough once my time at VXI comes to a formal end next month.

The best thing about this schedule is that Tobie and I generally go to work and go home at the same time. This is a major first in terms of our relationship - in the 6 years that we've been living together, we have yet to experience a full week of time where life was like this. It's AMAZING and I'm so grateful. The only challenge is how we need to figure out who's going to cook once we get home - we both end up coming home feeling rather tired at the same time and it becomes too easy to just order out.

The biggest challenge for now is that we've also disrupted Yoshi's expected schedule. He's generally been used to me being home with him in the day and Tobie being home at night - and his pattern of activity has been molded around that. Now he's left alone for a fair amount of time in the day and I think he's being a little fussy about it. He hasn't been "doing his business" regularly, something that would happen like clockwork on a daily basis. After getting worried for lack of results over a few days, Tobie finally walked him outside and he did his business in a really major way. While it's a relief that it isn't some sort of a biological problem, it doesn't take a rocket scientist to figure out that the change in schedule is the most likely trigger for this change in his own behavior.

We love you Yoshi! We'll find a way to make this work!

In other news, I'm sleeping more like a normal person with about 6-8 hours of pretty restful sleep on a daily basis as opposed to cobbling together 4-6 hours somewhat. I'm a lot more alert at work and Tobie and I have a lot more quality time. I cannot put a price tag on the joy of being able to share a bed on a regular basis and to wake up every morning with him beside me. This makes it all worth it.
aminals sietch life work Yoshi