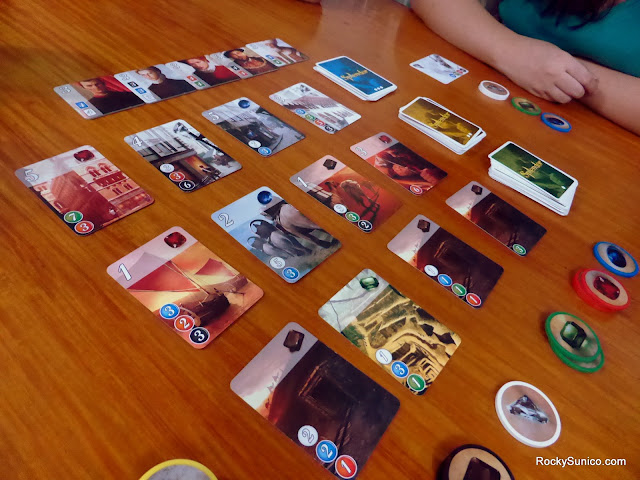 There have been a number of amazing games that Tobie and I have had the pleasure of getting into in recent months. Seriously, there are just so many great games out there, it all boggles the mind. But there's also one annoying "problem" of sorts with a lot of these games - player limitations.

A lot of games max out at 4 players - it's a consequence of the design process and getting a game to scale well to 5 or more players is always a bit of a challenge. I understand this problem from an intellectual perspective, but of course as a player I can't help but feel rather disappointed. After all, you don't just invite 2 people over for a game night - you tend to invite a few more than that.

Looking back at the past few months, there are so many examples of great games that Tobie and I love but feel a little frustrated given how they require at least 4 players to play. Just look at games like Imperial Settlers, Five Tribes, X-COM: The Board Game, Machi Koro, Suburbia and the game in the photo above, Splendor. All of these are games that we've come to enjoy playing. All of them are games that set a limit at 4 players, as far as the base set is concerned. Or maybe this is more of a problem since Tobie and I look for other players as a couple, and thus we immediately have two players. That leaves 2 more spots, or pretty much just one other couple.

Our game nights tend to max out at 6 players, and even that's a stretch in terms of what games we can play. But we don't always get to show them games like the ones depicted above unless someone sits by the sidelines to just watch or we go all two-headed ogre play, in a manner of speaking. We also max out at 6 players since our table is hexagonal in nature and it literally supports 6 sides at best.

Still, games are games and good games will always find players to play them. Given enough time, we'll get around to playing all of them at one time or another. And when we do get a house of our own, we're most definitely going to factor in a playing space that supports a good number of players, whether or not this involves us bringing the same poker table with us or we get a different bigger table that might support 8 players a wee bit better.
gaming sietch life tabletop gaming