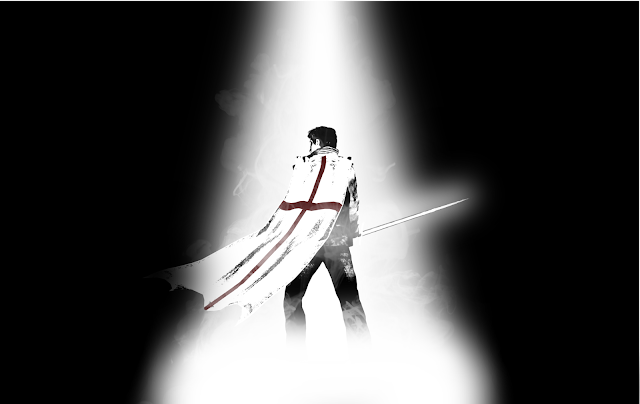 As is the case whenever a long game campaign draws to a close, the conversations related to what we're going to play next. It's always a tricky conversation since you're balancing the interests of a diverse group of players, but things eventually come together and a concept solidifies in time.

So one of the major ideas coming along involves a possible superhero game using original hero concepts. And as we cycle through the different hero archetypes like technology-based folks or mutants. In my case my initial suggestion of needing to add a magic user sort of character has resulted in crafting a character similar to Michael Carpenter from The Dresden Files.

Michael is a modern-day knight with some "magical" artifacts entrusted to him. His faith is what fuels his power even though one cannot definitively prove that his god is real. I'm trying to spin my character along similar lines with a collection or artifacts with specific powers, but of course if I drop the item or forget to bring it with me, then I don't have the advantages. I'm still basically a guy who's ready to give his life because he believes he's on a mission from god.

Now I don't plan on playing him like a crazy religious fundamentalist. But I will be the moral compass for the group who is determined to maintain his virtues. If I break, then I lose access to my magical abilities. And I'm already looking forward to tropes like not bringing my full armor for the day since it was too heavy, but apparently needing it later on.

It's still pretty early in the character development process and we still need to flesh out a lot of the details and how the team will ultimately work together. I don't even know what religious or magical figure I'll be following. But I think I like the direction of this character.
gaming tabletop gaming