May 17, 2015
So today Tobie and I finally got to watch the musical adaptation of Kung Paano Ako Naging Leading Lady. After having watched the one-act play and read the graphic novel adaptation, we were pretty excited to see how the story had been expanded into a full musical theater experience. Long story short, we weren't disappointed in the least!

My full review of the production will publish on the Geeky Guide by Thursday - assuming that I manage to get my thoughts in order by then. But very quickly, the musical brilliantly adds a completely different layer of story on top and around the original one-act show. If you saw the one-act, then you won't go into the play knowing everything that's going to happen. If you never got to see that play, you're still not in a bad place since the story really sets things up well.

The music is crazy fun and wonderfully diverse. Bituin Escalante was amazing, which shouldn't really surprise folks. But more on point, she really brought Mely to life in an amazing way. Plus that voice is a force of nature on its own and I'm not kidding when I say that she brought me to tears a number of times throughout the show. The rest of the cast was pretty good thing and Menchu Lauchengco-Yulo's abs were practically a separate character.

The show will make you laugh and crazy and want to dance along with the performers. It's funny and serious and dramatic and eerily familiar. It's a story of heroes and villains and dreams and families. And of course it's a story about love.

And we sat a few seats away from Lea Salonga during the show! 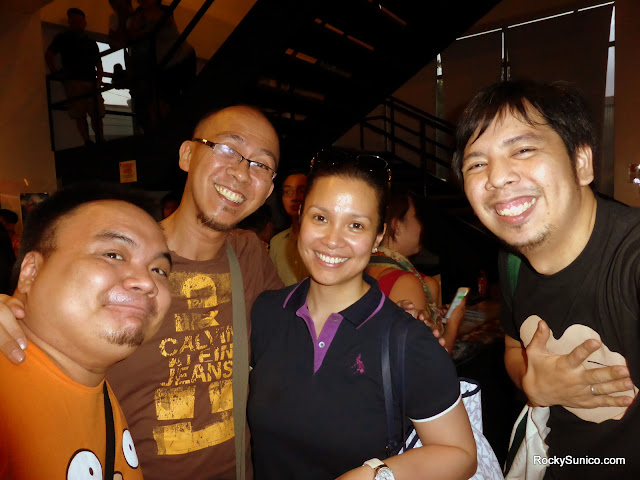 all the world's a stage cultural victory