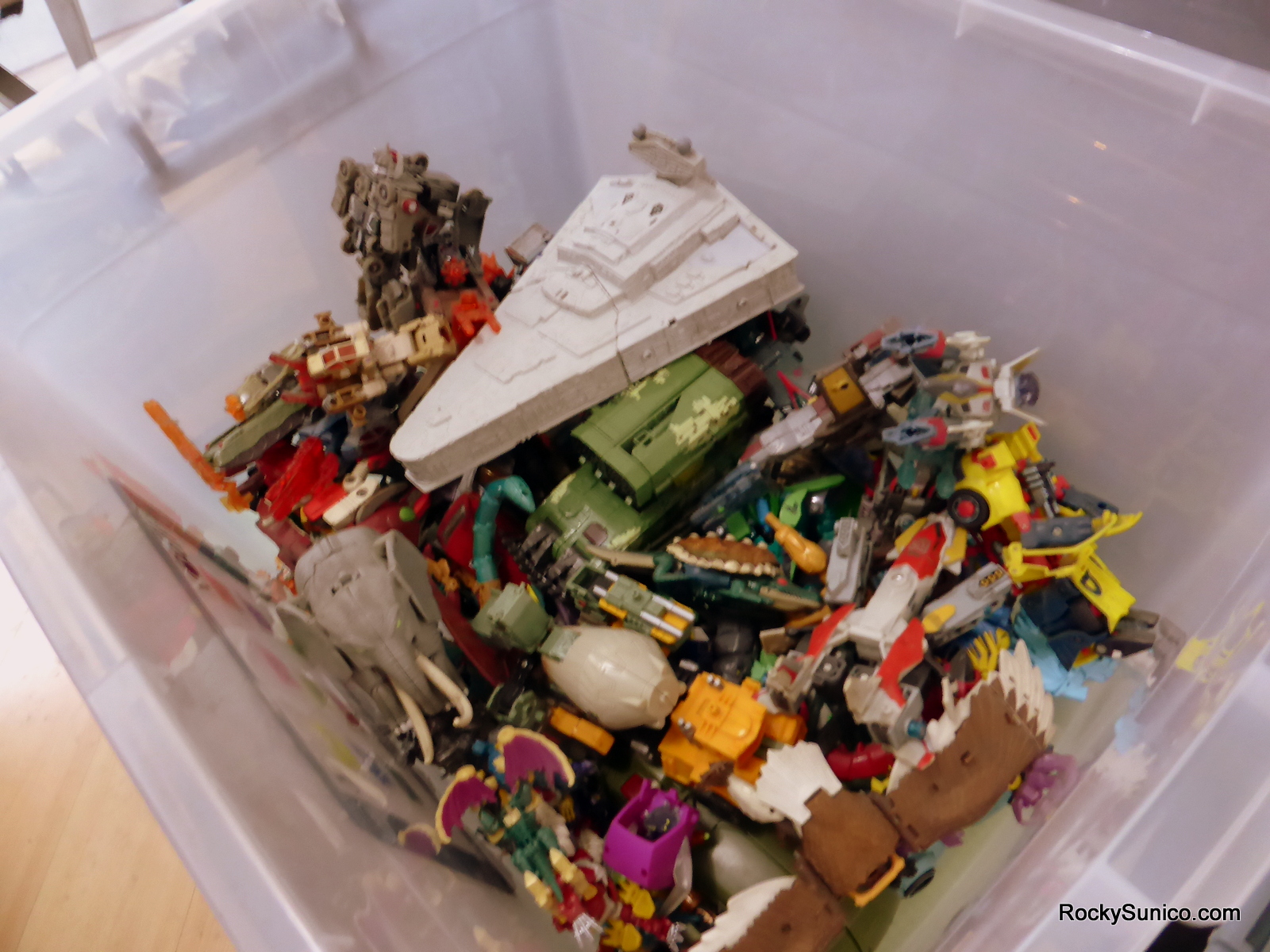 I woke up pretty early today - not all that unexpected given I had slept early after being awake again for pretty much a full 24 hours. Given my present call center work schedule, Saturday afternoon games are pretty brutal on my system, but the fun of the game remains pretty worth it.

But back to today, I used the early start to get a number of chores done and to get started on the many Combiner Wars Transformers that I had purchased yesterday. With the addition of Waves 2 and 3 for this toyline, I now have the complete figures for Superion, Menasor, and Defensor. I also picked up a number of Leader-class figures, most of them being variants of Megatron. You can never have too many Megatron figures after all.

With all the new toys coming in, I finally got started on the collection rotation efforts by storing certain transformers to create more space. I've moved most of the Transformers Animated figures along with some of the older ones from the Universe line. It's a little sad, but I suppose it's for the best since they're just gathering dust. I spent most of the morning furiously attacking the dirt with a combination of rags and a blush brush that I bought specifically for cleaning these figures. Yeah, that's exactly what I said it's for.

But the thing that most if not all of us are thinking of today, I'm fairly certain, is the weather. The summer heat has hit us full force this weekend and we've been experiencing some pretty hot days indeed. It's like the country is practically running a fever and we don't exactly have any medication for it. Tobie and I just retreat indoors as much as possible - at least the Sietch is fairy well ventilated, especially with the help of several electric fans. We still don't own an air-conditioning unit (a conscious choice), but I think we'll survive until the weather turns once more.

But the heat is making it hard to focus on anything else. We've been struggling to get through today's Ryuutama game despite the horrible heat. We're hanging on by a thread.
gaming sietch life stop the presses tabletop gaming toys Transformers