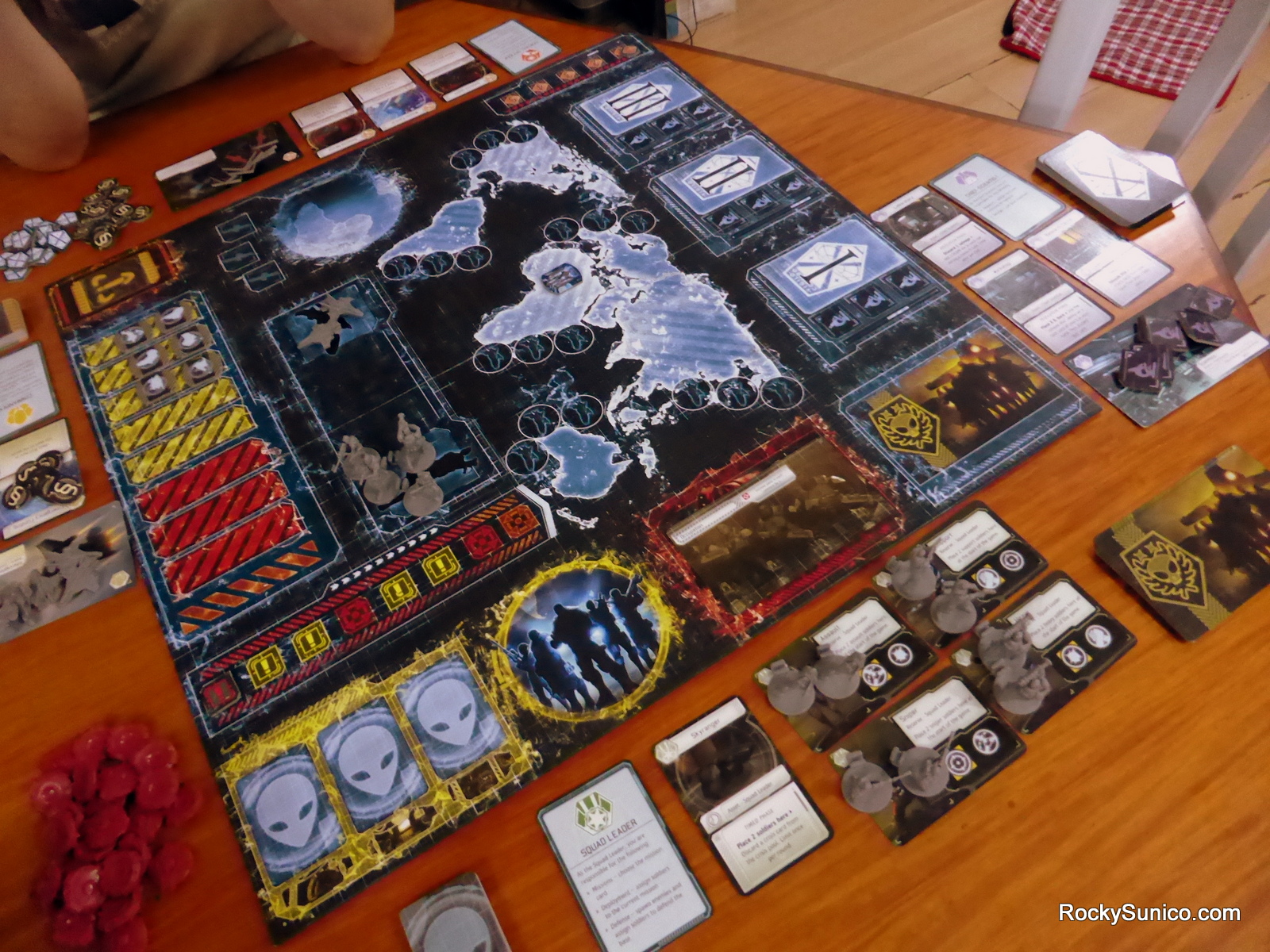 It's Holy Week - one of the few times in the year that I really work hard to get permission to follow local holidays, only because the city becomes a weird ghost town. Traffic was already building up last night due to the combination of people trying to get out of the metropolis and ridiculous roadwork that they've scheduled since they assume less people are around. Plus with most commercial establishments closed, we're all really better off just staying home.

Part of the fun activities of the week has included playing our latest game, XCOM: The Board Game, which is a clever tabletop translation of the classic video game. Given how many times I lost playing that game in my younger years, it seems only fitting that our first few efforts to beat the game have resulted in defeat. It was only today that I got to be part of a winning game, considering Tobie and Che managed to beat the board just last night. It was quite a wonderful feeling, although the game still has a pretty steep learning curve and victory is not always within reach. And that's a big part of what makes it a good game.

I expect we'll get into other board games during this little break from reality - it's just a question of which games and who might drag over to play. I still have a work call to worry about tomorrow, but for now I'm not going to think about that.
gaming holidays sietch life tabletop gaming