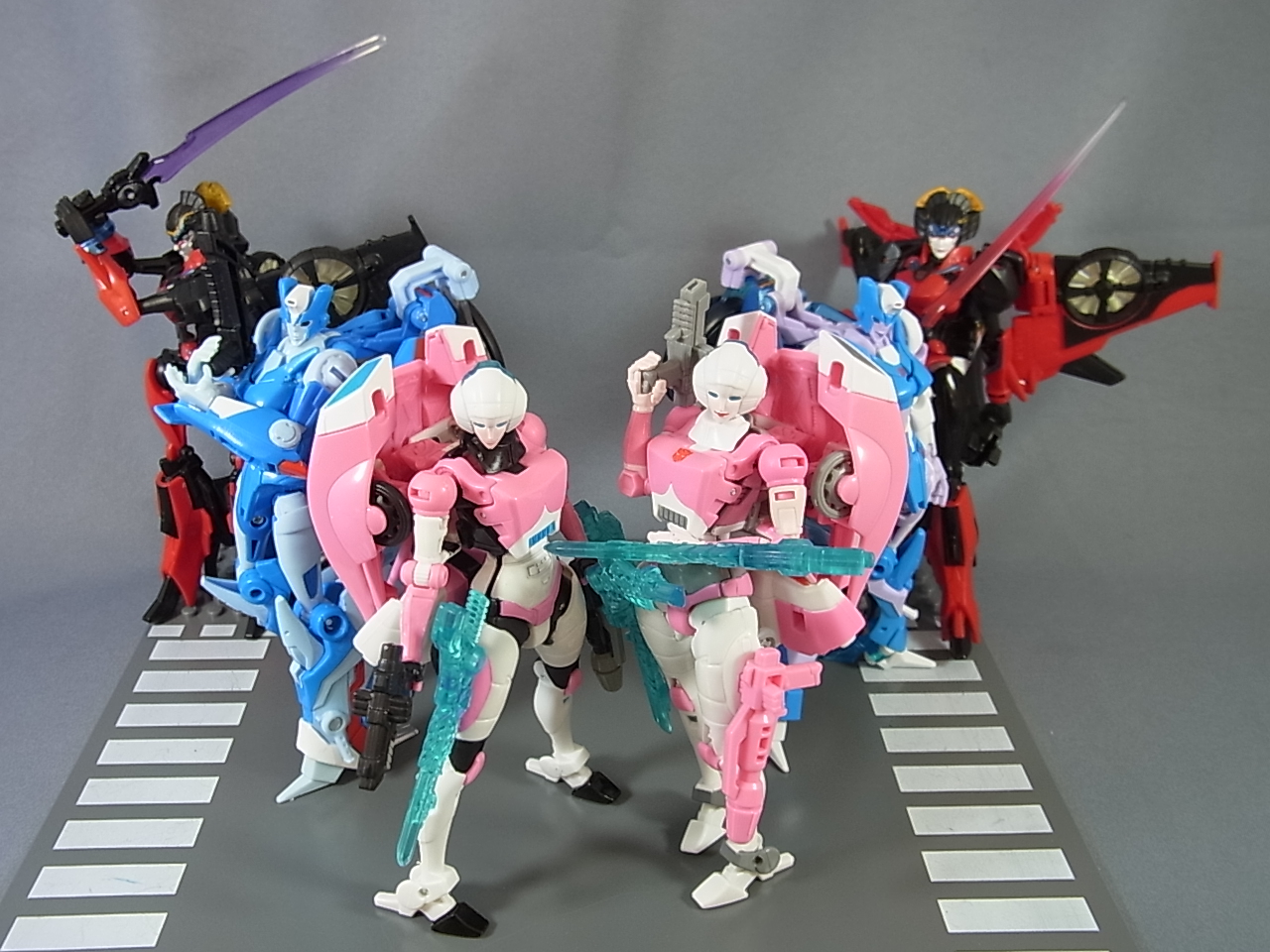 Today Tobie and I made a quick run to Greenhills in the hopes of finding the Transformers Generations deluxe-class figures for Arcee and Chromia. The girls were released as Wave 11 of the Thrilling 30 line that started last year, but for one reason or another did not see a regular retail release. Instead we jumped directly to the first wave of Combiner Wars figures and the girls were lost to the aether.

I had banked on a retail release, and thus I didn't bother with any of the pre-orders with the specialty toy stores. I significantly regret this decision now since it seems that I may have to deal with the secondary sales market in order to secure the girls for myself. Ideally I'd like to get the Hasbro versions just for consistency, but given the circumstances I made go for the Takara releases instead. To be fair their paint schemes are somewhat closer to how the characters have appeared in the comics.

And this is a problem of sorts that is happening a lot more regularly Hasbro's distribution plans for Asia appear to be a lot less generous in recent years and more and more we're seeing certain figures being denied a regular commercial release. Thus I've worked with back channels to secure figures for my own collection in the past. I just really didn't want to have to go that route for the girls here.

We'll see how things go. But at the moment I'm rather frustrated about all this. Bugger it.
toys Transformers