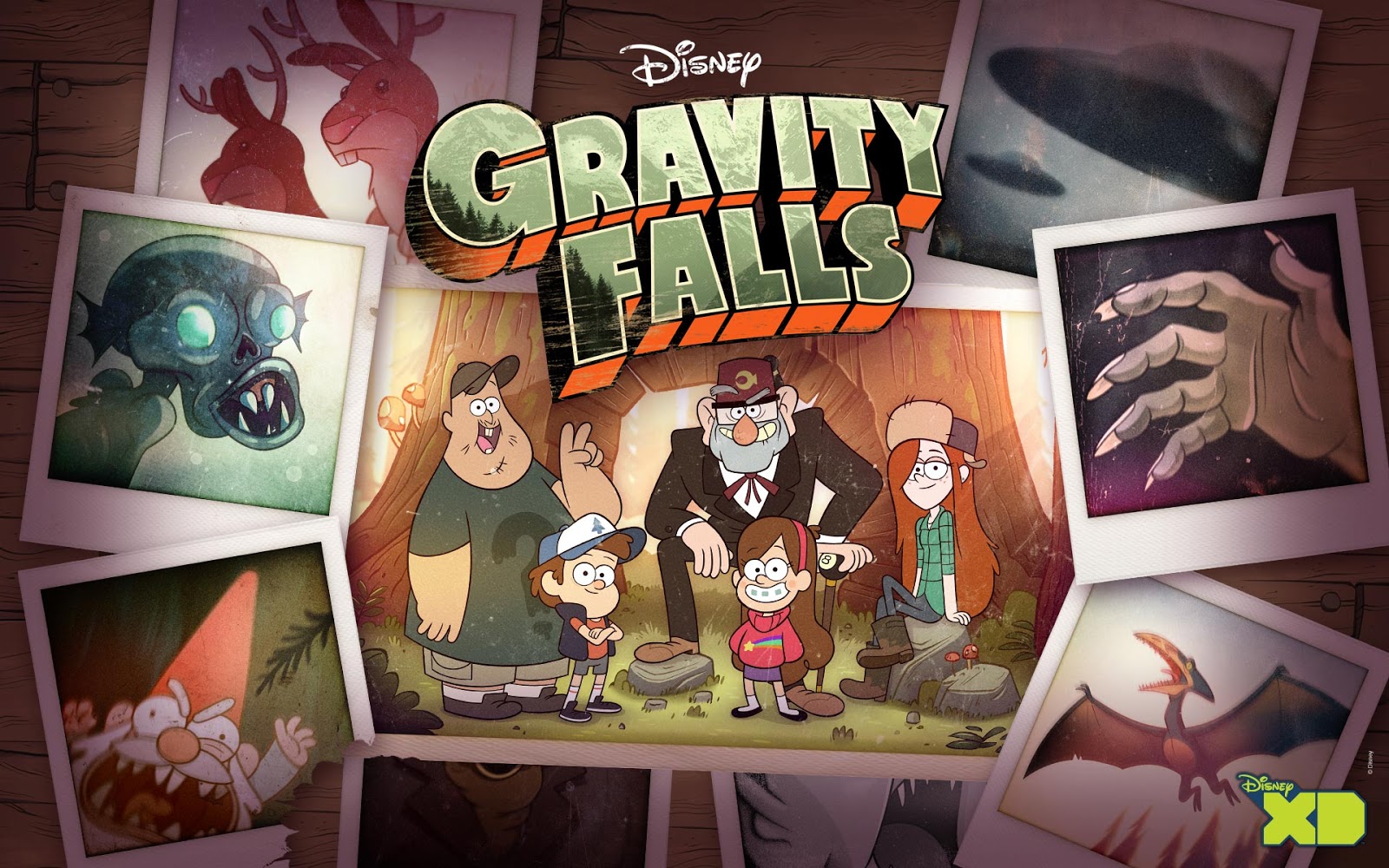 So in the world of cartoons that both young and old people get into, there's sort of the primarily identified trinity of Adventure Time, Steven Universe, and Gravity Falls. Tobie and I are already quite into the first two shows but had yet to really get around to looking into Disney's Gravity Falls. There's been a lot of good buzz about it and quite a generous amount of Tumblr content going around and these are all typically indicators of a show doing pretty well.

I finally gave the series a shot this week just to satisfy my curiosity and things are going decently well. I don't think the show has had quite the same impact as when I first watched Adventure Time and Steven Universe, but it's still early so lets see.

I guess the main differences that have become most apparent to me is that the Cartoon Network shows had crazy adventures with quite the mysterious meta-plot lurking in the background. Over time the show has revealed more about the setting and the back stories of the characters, but that has been about it. This Disney show by its very setting is in a deliberately mysterious place and every episode is about those mysteries. So it doesn't quite feel as "secret" since the characters are deliberately encountering the strange oddities of the area.

It's a subtle difference that many may argue shouldn't really, but it still sort of does, at least to me. The Cartoon Network shows move forward on their own and focus on their character plots with the setting sort of evolving in the background. Gravity Falls sort of has things front and center, but at least Waddles the Pig is just adorable. Yay Waddles!
Adventure Time Gravity Falls Steven Universe television