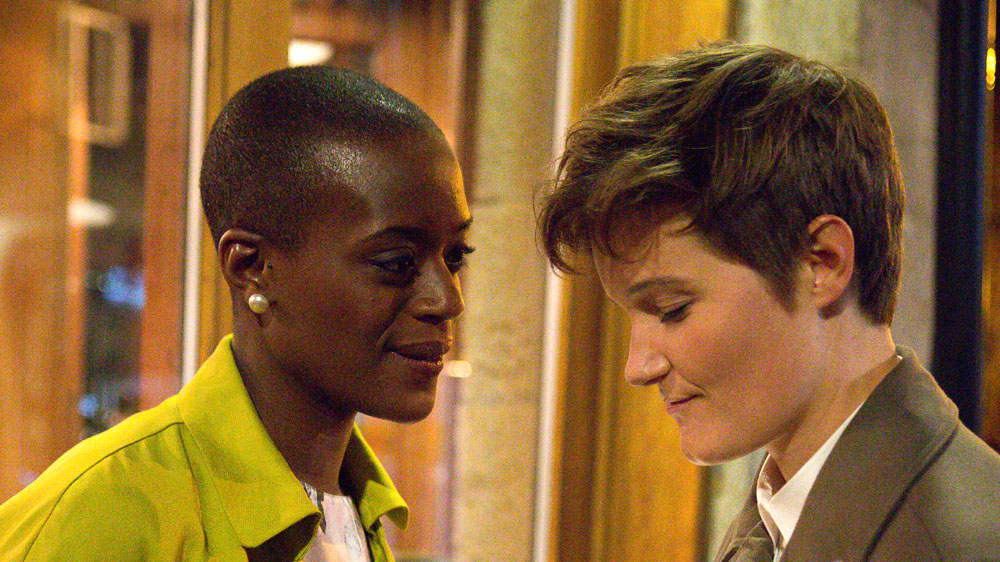 So when the news broke that Russell T. Davies of Queer as Folk fame, I'd be lying if I said that I wasn't curious. Love it or hate it, both the UK and US versions of QAF made their mark on pop culture in one way or another, even if mostly in LGBT circles. And this is also the same man who brought Doctor Who back to broadcast television, so he's not exactly a lightweight. But then when I heard that he was creating this pair of two interconnected shows, it seems too much like a gimmick.

And finally the new shows rolled along and we actually got 3 new shows - Cucumber, Banana and the web-only documentary series Tofu. This seemed like a bit much and the show titles were strange but hey, we have to gamble on Davies. And I have to admit, this whole venture seems to be paying off.

Cucumber is sort of the main show with a distinct plot and internal continuity building up to some greater end. It revolves around an older gay man as its focus, which something different for pink television. Older LGBT characters tend to be mentor type characters on the side but here most of the stories come back to the fractured relationship between Henry (Vincent Franklin) and Lance (Cyril Nri) and their new lives once they split up. And that's not a spoiler - that pretty much happens in the very first episode.

Banana didn't seem all that compelling at first. As a shorter show, it really felt like a sort of companion piece to Cucumber. It didn't seem to stand all that well on its own and it just featured a side adventure for Dean (Fisayo Akinade), one of the characters in Cucumber. But then the whole thing is meant to be an anthology series and thus every episode features different characters representing different aspects of the LGBT spectrum.

But then you get to the second episode that features Scotty (Letitia Wright) in a charming tale of a crush that turns in a rather bad way. Then we have episode four where Helen's (Bethany Black) birthday turns into something terrible. And the last episode that we got to watch, episode six, really floored me with Amy's (Charlie Covell) story of OCD and trying to push past your own quirks and limitations.

The episodes in this series range from the silly to the kind of shocking realness that we've seen in shows like Black Mirror. The sheer diversity of stories and the many perspective captured in the various episodes all come together to paint a very real snapshot of the LGBT community. And this is just brilliant storytelling all around and we're all made better for it just by watching the series. And I hope more folks give this show a chance.

Looking may have been cancelled with only a movie of sorts in its future, there's still this great set of shows to look forward to across the pond. Well, the pond analogy doesn't work from the Philippines, but you get my drift.