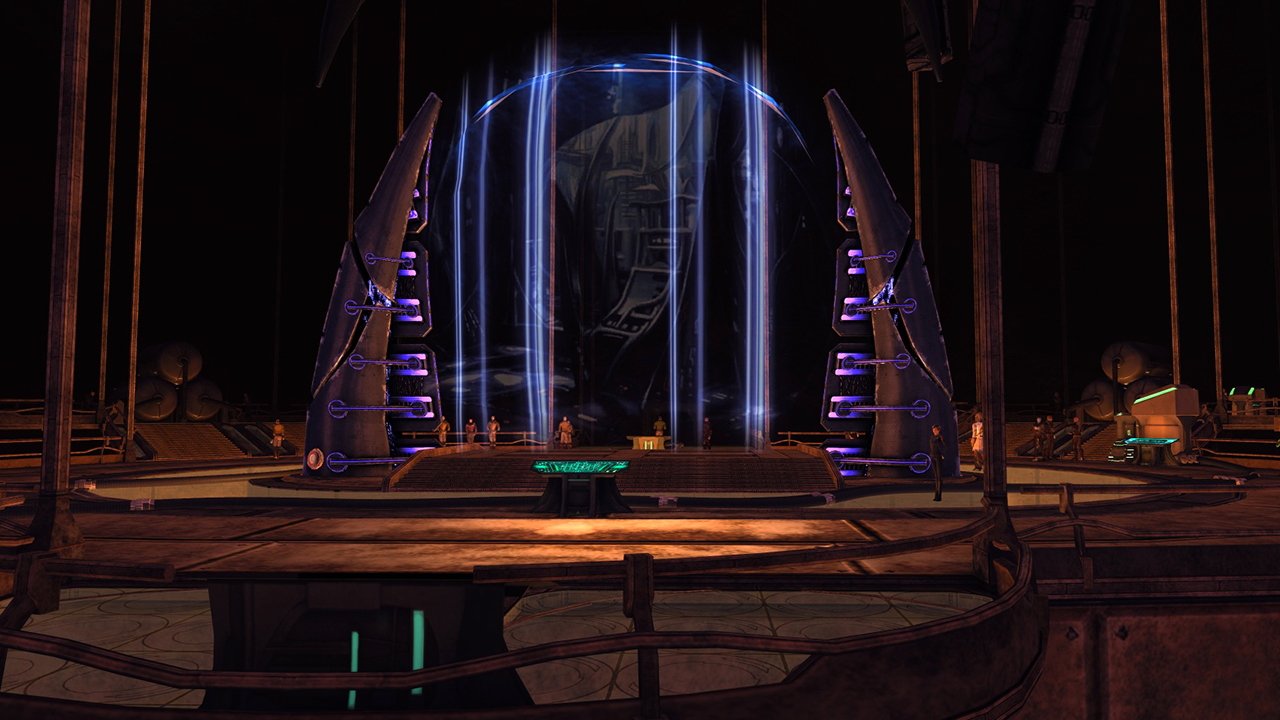 The current stories in Star Trek Online often refer back to the elusive race known as the Iconians and their superior technology. They've pretty much become the big bad guys in the story and we either find folks abusing remnants of Iconian technology or the Iconians themselves having seeded the galaxy with their gateways. It makes for some pretty fun expanded universe style thinking and some great stories and this includes even the silly moments of when it seems even the smallest of plots are somehow related to them.

There was a great scene just before the game opens up the Solanae Dyson Sphere area to my character where we find a series of Iconian gateways leading to various key worlds in the Alpha Quadrant and such. We're talking about places like Earth and Vulcan and Qo'noS and even New Romulus. It was a rather creepy scene given the implications that the Iconians have tabs on pretty much all the key players in the known Star Trek universe. Their technology allows them unfettered access to many strategic locations around the Alpha and Beta Quadrants and then some. Scary stuff.

With so many possible paths, there's so much that can happen. Just imagine if any nation today had that sort of access to the rest of the world. A singe world is a much smaller arena to deal with than a whole galaxy and quite a lot could happen. Scary powerful stuff indeed.