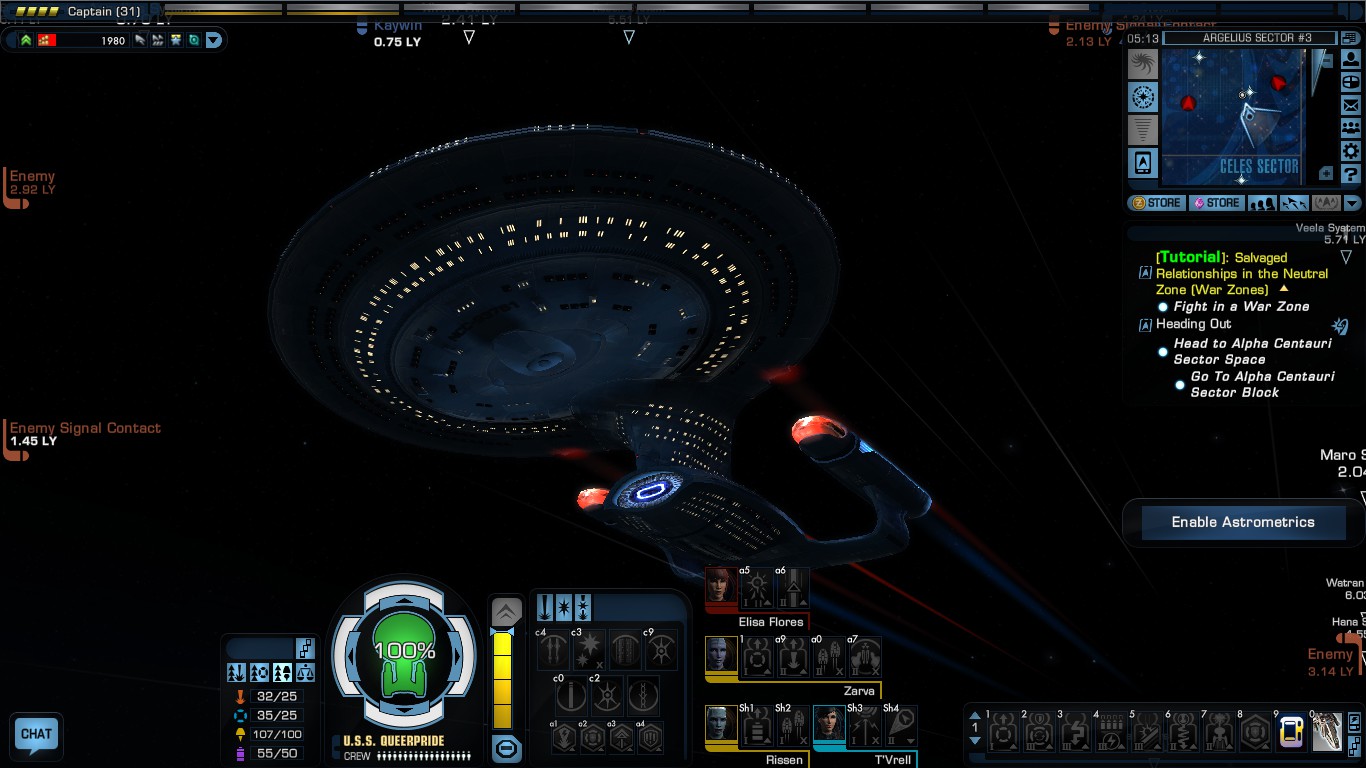 So in Star Trek Online, I've finally reached the rank of Captain, and that has entitled me to a Galaxy-class starship. I could have gone for the Intrepid-class like Voyager. but then I'm really enjoying how sturdy cruisers are versus what the game terms as science vessels. It's turn rate is pretty horrendous and I find I need to loop around in order to attack enemies head-on with all weapons blazing in order to end a conflict quickly enough. But at least the Galaxy's superior shields and hull strength help me weather some pretty hair situations, including diving straight into a Borg fleet.

I've also joined my first fleet after so many blind fleet invitations. It was nice that someone actually took the time to post open invites on the chat and entertained my initial questions via private messages and so I finally said yes - and this is despite the name of our fleet including the term "Space Jocks" but hey it's a new experience. I've already contributed resources to a few fleet process to try and help out build our Starbase. It's an exciting time for me.

And while I still haven't formally subscribed to the game, I have made my first in-app purchase for a little game currency, but it was primarily because of a first-time purchase promotion that offered small craft and other bonuses. What is more ironic is that I haven't figured out what to use the credits for. I'm happy that I have the Yellowstone Runabout and all that jazz, but the currency itself is just hanging around there. I might use it for inventory slots or maybe character slots later on, but that's about it. A thousand credits isn't much to write home about and it's not enough to purchase most ships in the store either.

I'm just holding on to the fact that once I do get a subscription, I'll have a stipend of 500 Zen credits every month. Then I can really make some interesting decisions.
gaming sietch life Star Trek