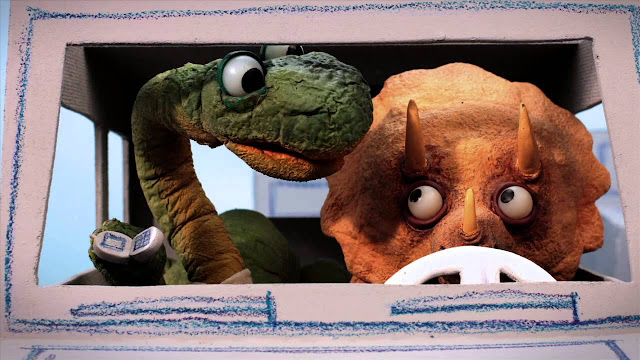 The one good thing about the recent client visits is the fact that going to the office earlier also meant going home earlier. And while the evening commute to work isn't all that ideal all the time, at the very least going home was a breeze. Both in terms of finding an Uber ride home and the lack of traffic, heading home before sunrise certainly has its advantages.

But today I went to work closer to my usual schedule time, which means trying to go home later. Hence me sitting here for an extra hour waiting for a non surge rate Uber car. The times when surge rates dropped weren't too ideal either since I kept triggering cars in the BGC area that are quick to cancel the trip given the traffic between here and there. I can't blame them, the Kalayaan flyover is pretty crazy.

I could have considered other options, but I'm not quite in that much of a rush to get home, so waiting around isn't too painful. At the moment I'm waiting for the driver to make his way from Ayala center to the office and I seem to have at least another 15 minutes or so before he gets here. Fingers crossed folks.

Thus it continues to be more ideal to live closer to one's work (or vice-versa) in Metro Manila given how bad traffic is. This is easier said than done of course.

In other news, I'm kinda hoping that is possible to upgrade our Internet to Something much faster since Bayantel DSL has gotten increasingly disappointing over the past year. And while service at least remains active, I don't think we're getting the committed speed these days. Plus we're supposed to be on a bundle plan, but I found out too late than the speed upgrade wasn't possible given lack of available slots or whatever. So disappointing.

This country is slow in too many ways.
inner ramblings sietch life work