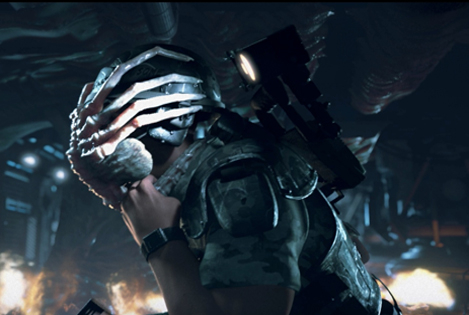 I've been having a weird facehugger-filled day in terms of our games. Between our various RPG sessions (Orpheus last night and Houses of the Blooded today), we've been playing Legendary Encounters as a sort of transition game to help shake off outside stress. Plus it's a game that we're really enjoying so any excuse to bring the game out is a good thing.

I seem to be dying a lot as of late - and they're the worst possible deaths involving those darned facehuggers more then any other enemy type in the game. To be fair, the way the game handles facehuggers is quite brilliant and it nicely reflects how the creatures are in the movies and other Alien franchise properties. But damn, the speed of their primary mechanic has proven to be especially lethal.

Plus there's the fact that Facehugger cards can be seeded across several decks in the game. Sure you expect to encounter one or two in the Hive Deck, but the lone Facehugger in the Strike Deck (the cards that you draw when you get damaged) is pretty nefarious. And  think I've drawn that particular facehugger across at least 3 games played today. Heck, one game even had me sitting there with two facehuggers threatening me. Naturally, I ultimately died from a chestburster.

At least we finally succeeded with our last game. The scenario being based on the third Alien movie, the aliens were still particularly fast. But we managed to get through things without any of the players dying. Small consolation there.