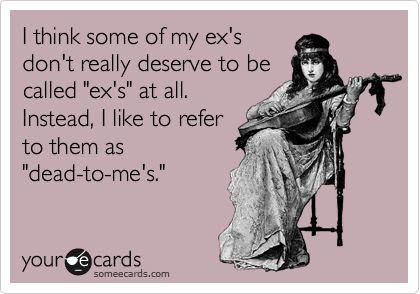 Valentine's Day is one of those controversial holidays that seem to exist for rather shallow reasons. At the same time, Valentine's Day, like any other holiday that stresses the importance of different relationships, tends to highlight the fact that some people are single. I don't know why people decide to wallow in misery of their own making and worse, decide to talk about little else on social media other than their misery and their singlehood.

Thus you have the people who race to have a new boyfriend or girlfriend before the major holiday, a behavior we most see during Valentine's Day and Christmas. I don't necessarily think that more people get together or break up around such holidays since I lack the quantitative data to support that assumption. But I think the fact that these holidays are just around the corner do play on our way of thinking and indirectly highlight one's relationship status.

And thus social media becomes this odd battleground among singles whether it's just about feeling about about single or feeling bitter about former partners who have moved on and gotten involved wit someone else. Even if you we the one who called it off, you still stand a chance of saying something stupidly jealous on social media because you're feeling bad about your ex being happy. It's not a good idea to do this, but it's sort of inevitable at least once in your life.We're only human after all and human beings can be pretty petty, spiteful, and highly emotional beings when you get down to it.

Social media is a little strange in that regard given how much it seems to lure people t make fools of themselves. Before we could be bitter in the privacy of our own homes or maybe in the company of a few close friends. Now we broadcast our stupidity for all the world to see completely with drunken posts that folks quickly hide come the sobriety of regret the next day.

And the rest of us who witness these strange behaviors are left with the question of what to do. I'd like to think that for the most part, we want to somehow help our friends be better or at least we want to help cheer them up. Some of us may want to goad them on for entertainment reasons, but let's not get into that. Whether we're in happily committed relationships or single and not quite so social media mad, it's hard to figure out what exactly the best course of action would be. Advise has to be taken with an open mind and simply forcing advice on such people typically results in little to no change apart from irritating the person in question.

Do you even care?
inner ramblings social networking