0197A: Serving the Federation 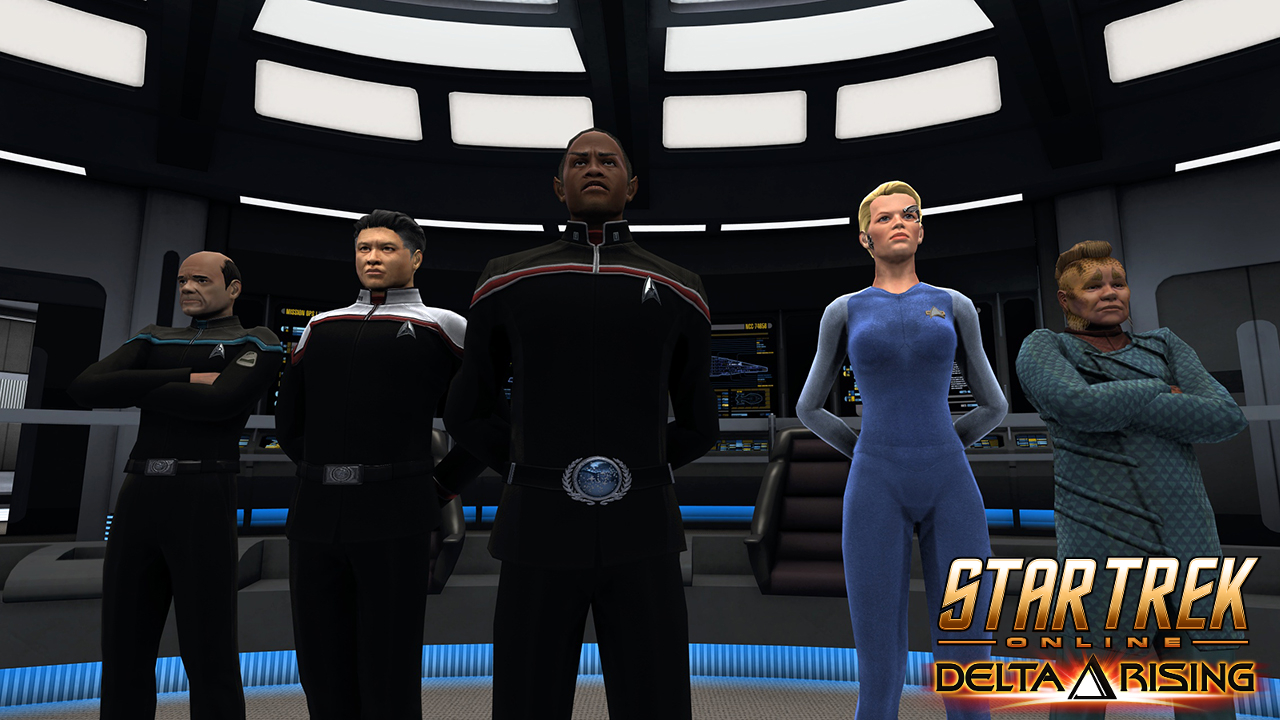 I can't really talk about work, so I'll talk about my current distraction - Star Trek Online. I'm also nursing a sore shoulder, which was probably caused by my awkward efforts to take photos of the new O Bar last Saturday. Then again, jumping right into Star Trek Online right after O Bar and foregoing sleep probably didn't help my shoulder either.

I squeezed in a few hours of play today despite some initial lag issues just to get some daily quests done and to finally complete the special episode mission Dust to Dust, featuring a much older Captain Harry Kim. This episode is one of the special bonuses that has been released in line with the Delta Rising expansion of the game. In the game, an "episode" is pretty much a single mission, which most likely has multiple objectives to complete. Of course completing the mission yields benefits in line with the current 5th anniversary special event of the game as well.

I think I'm getting the hang of the game for the most part, although watching a few videos about the skill system have resulted in me once again realizing that I've totally messed up my skill point allocation. But then such is the way with any game with an experience system - you never get your build right the first time around. I'll have to either earn the token needed to reset my skills or I simply need to make the most of this character and save greater skill strategy for a new character further down the road. And given all the character options that the game provides, it's inevitable that I'll try again with a new character type.

For a free-to-play game, I have to admit that I'm already tempted to subscribe to the game as a paid user some time down the road. There are a crazy number of benefits to subscribing and the lure of getting access to those benefits is pretty tempting indeed. Of course I remind myself that I've only been playing for a day, so it might be too soon to do that. I might be better off making the most of the free-to-play experience first in order to make sure that I won't just get bored of the game and end up wasting money. But admittedly the offer of a lifetime subscription is becoming very, very tempting indeed.