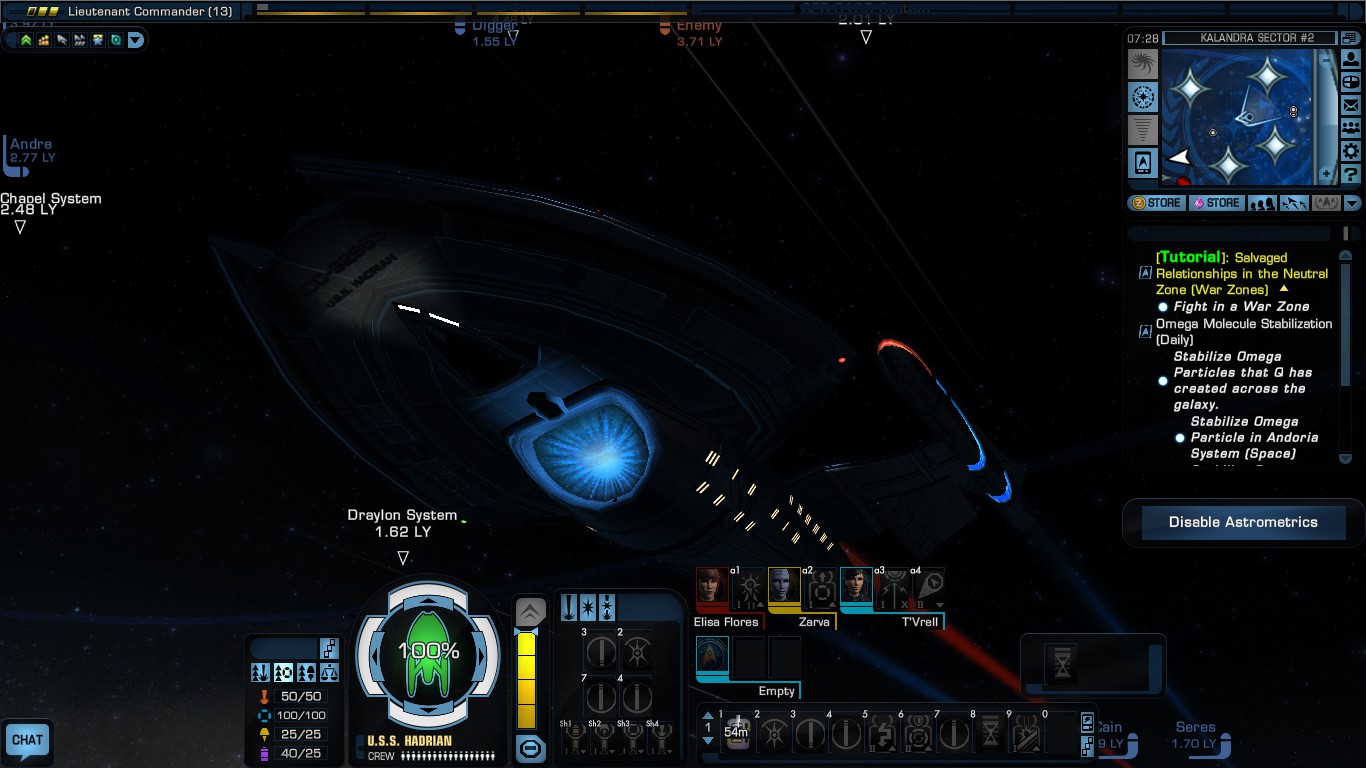 So after my first weekend of playing Star Trek Online, I'm finally a Lieutenant Commander, which gives me access to the second tier of ships. So I've finally been able to retire the clunky old Miranda-class ship that I started with and now I have the Nova-class ship here as my main vessel. I modified the ship a bit with the limited custom parts that they've made available to me. hence the rather darker look the ship has here.

The game is proving to be oddly compelling despite how clunky the ground combat system is. I am feeling the pain of having a conventional ship since traveling from sector to sector for missions can get rather tiring. It certainly helps stress just how far certain locations really are with respect to the Star Trek Universe. Thus going to the border between the Federation and Klingon territories can feel rather distant and I see now why it took a while to reinforce Deep Space Nine given its distance from the primary Federation locations. 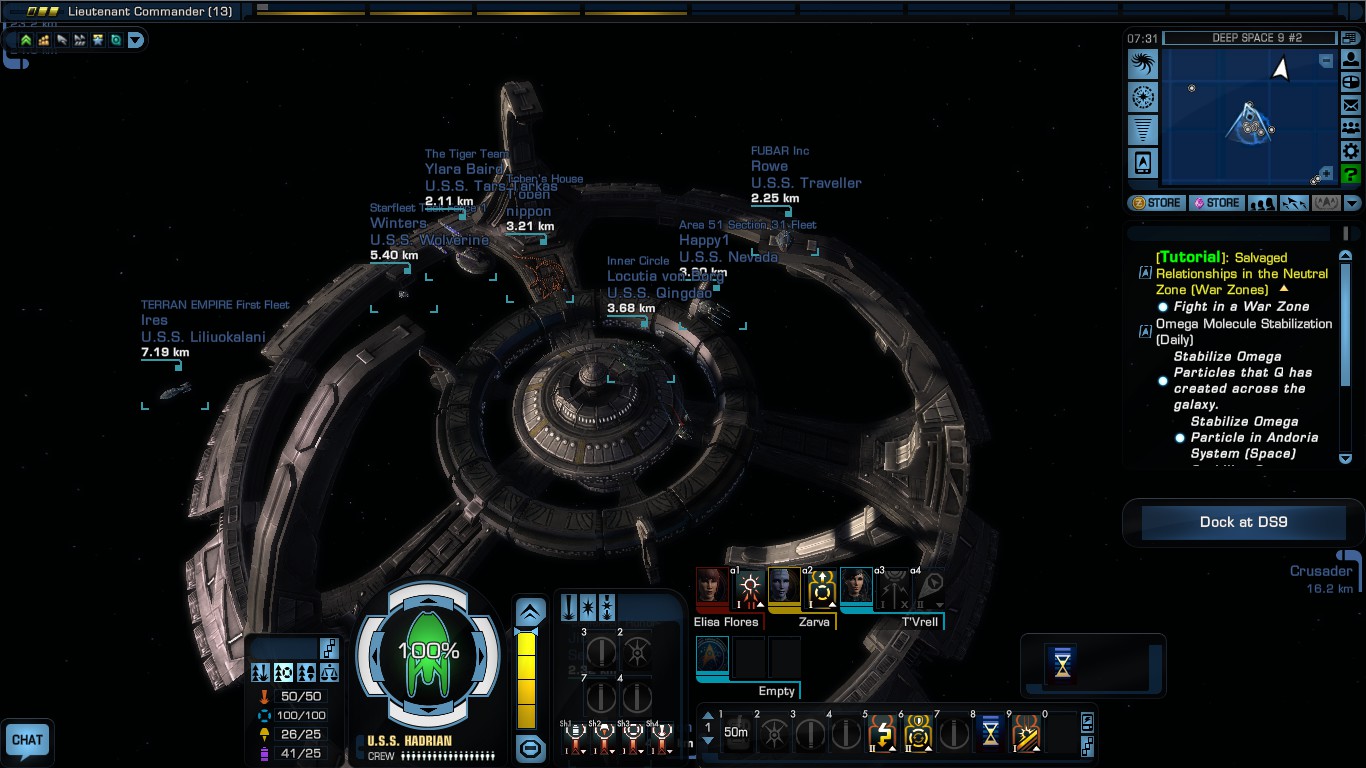 Star Trek Online can be a crazy place and it's a little odd how I'm dong better with what is more or less termed to be a science vessel. Science-class ships in the game have access to stronger shields and more slots for exotic attacks like using tachyon beams to disrupt energy shields. Still doesn't mean that I can take on Borg cubes or anything like that, but we're doing the best that we can. I still haven't quite mastered the whole bridge officer system, and I keep bumping into potential officers but am unable to recruit since I'm supposedly all full up.

Needless to say, the game is proving to be a nice distraction. I doubt I can get much game time during the week without risking losing sleep time or something, but we'll see how things go.
gaming Star Trek