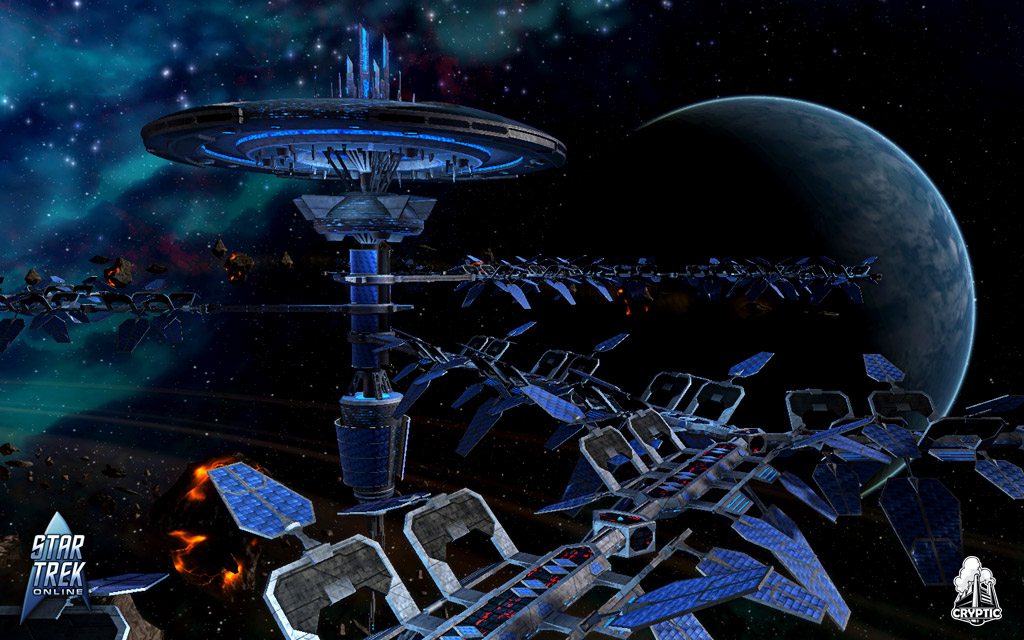 I was rather worried that Star Trek Online's patching efforts would never end given the state of local internet, but it finally wrapped some time while Tobie and I were at the soft opening of the new O Bar. Thus rather than getting some well-deserved rest after a night of drag queen photography and trying not to kill people who bump into you at the bar, I thought it might be a good idea to spend a "little" time to just try out the game.

So it's 03:00pm and we're waiting for our afternoon gamers to arrive and I haven't slept the whole time. For the most part I was playing Star Trek Online the whole time, although my progress in the game slowed significantly come daytime hours when more people were back online. It's a weird little RPG that nicely tries to capture various aspects of the Star Trek universe, although here a lot of challenges are ultimately resolved through combat. But I suppose that is to be expected given how combat is the most easily exploited game mechanic out there in the MMO setting.

Ship combat is pretty fun, although it feels rather simplified versus what actual Star Trek ship combat was like on the show. But for the most part it's a nice sort of easy-to-understand version of things once you really get into the groove of things. Ground combat with Away Teams is rather clunky though since it seems to borrow from the starship combat engine with weird enemy AI. Then again, it's still early in my career in Starfleet.

I think we may have a winner here. It's nor perfect, but I am enjoying experiencing new Star Trek content again.
gaming sietch life Star Trek