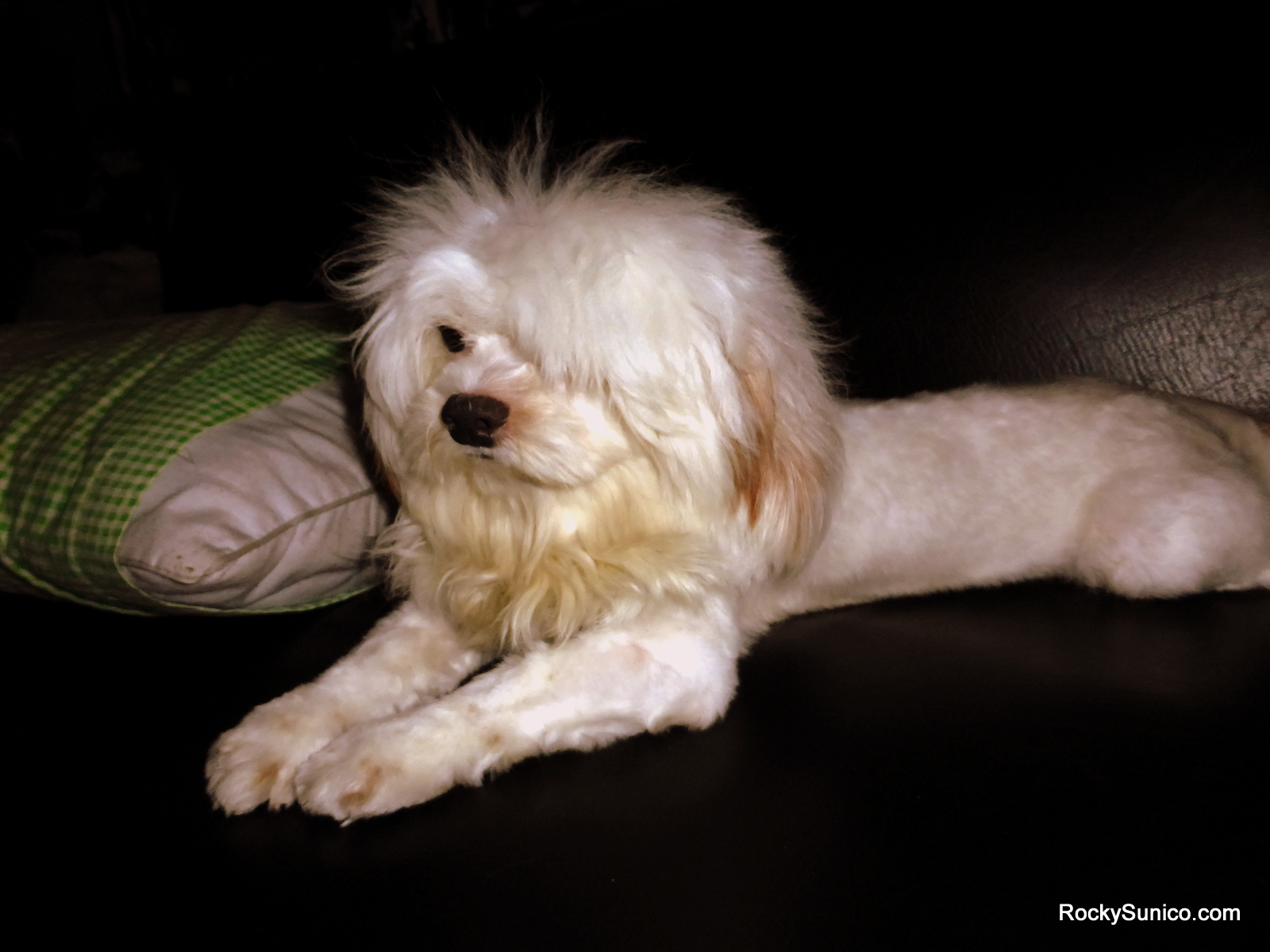 One of the consequences of my new earlier sleeping cycle is how it makes a lot of my daytime chores a little harder to do. Before I'd stay up until around 03:00pm, so that left a significant window right after work when I could get banking duties done or perform other chores. Now that I go home before the malls open, any chores require me to stay up later and thus disrupt the whole grand scheme. I think my current limit now is to be away until noon - beyond that things get a little questionable.

But for the past two week's I've been stressing out over how much Yoshi was in need of a full grooming session given how unruly his fur had become. And since he has greater tendency to develop fungal infections in his undercoat when it gets really thick, there are some health implications to not getting him groomed on a regular basis. And with another vet appointment on Sunday to complete his booster shots, it really wasn't a good idea to delay things further.

So I made a commitment today to get things done and brought Yoshi over to the nearby Pet Express just as the mall opened. Typically I expect to find a few other customers that had gotten in first before us but it was a nice surprise to see that there were no other dogs in queue and a full staff of three groomers waiting for work. Tobie and I hate having to leave Yoshi out of our sight for long periods of time since it really stresses Yoshi out, so I was happy that this would be a pretty efficient trip.

I got a few errands out of the way while they were getting started on Yoshi and waited out the rest of the time in the little waiting area which the grooming section in full view behind a glass partition. I can't help but feel proud about how well-behaved Yoshi is compared to other dogs. And while he fusses a bit and gives me these longing looks when he catches my eye during the session, for the most part he remains patiently seated on the groomer's table, waiting for the ordeal to end. Other dogs were barking and struggling to get away from their respective groomers while Yoshi remained a sea of calm. The groomers often remark that he's a lovely dog to work with because of this.

But the best part will always be bringing him back home and letting him celebrate familiar surroundings. Naturally he made a beeline for the bedroom and promptly hopped onto the bed as she sought comfort for being among strangers. And of course Yoshi demanded payment for his brief morning at the groomers - a generous mix of pet treats and belly rubs.
aminals sietch life Yoshi