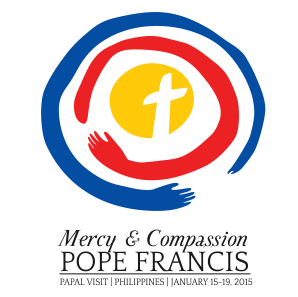 So the current leader of the Catholic Church, Pope Francis, will be in the Philippines by tomorrow. Over the past few months, preparations for the visit have been elevating to rather insane levels whether we're talking about the government or local church officials.

About 40,000 policemen and soldiers are being deployed in what is pretty much the largest military deployment in Philippine history. Special stage areas have been built here in Manila and down in Tacloban to accommodate the Pope with related security cordons to address the crowds of devotees expected to show up. Commemorative coins that count as legal tender are being sold for twice their stated value as a way to celebrate the event. And I imagine all the weird merchandise that has been prepared for this event.

Holidays have been declared for the days that the Pope will be in Metro Manila and Tacloban respectively. The airport terminal where the Pope's flights will pass through are going to close completely around the times he's present. You can argue that the time off is just to allow more people to see the Pope. Or you can argue that all of this is being done to get people off the roads and hopefully reduce the amount of traffic that Pope will have to deal with.

Meanwhile, I still have work and I have quite a few deadlines that are going to hit tomorrow. Life goes on.
inner ramblings sietch life stop the presses work