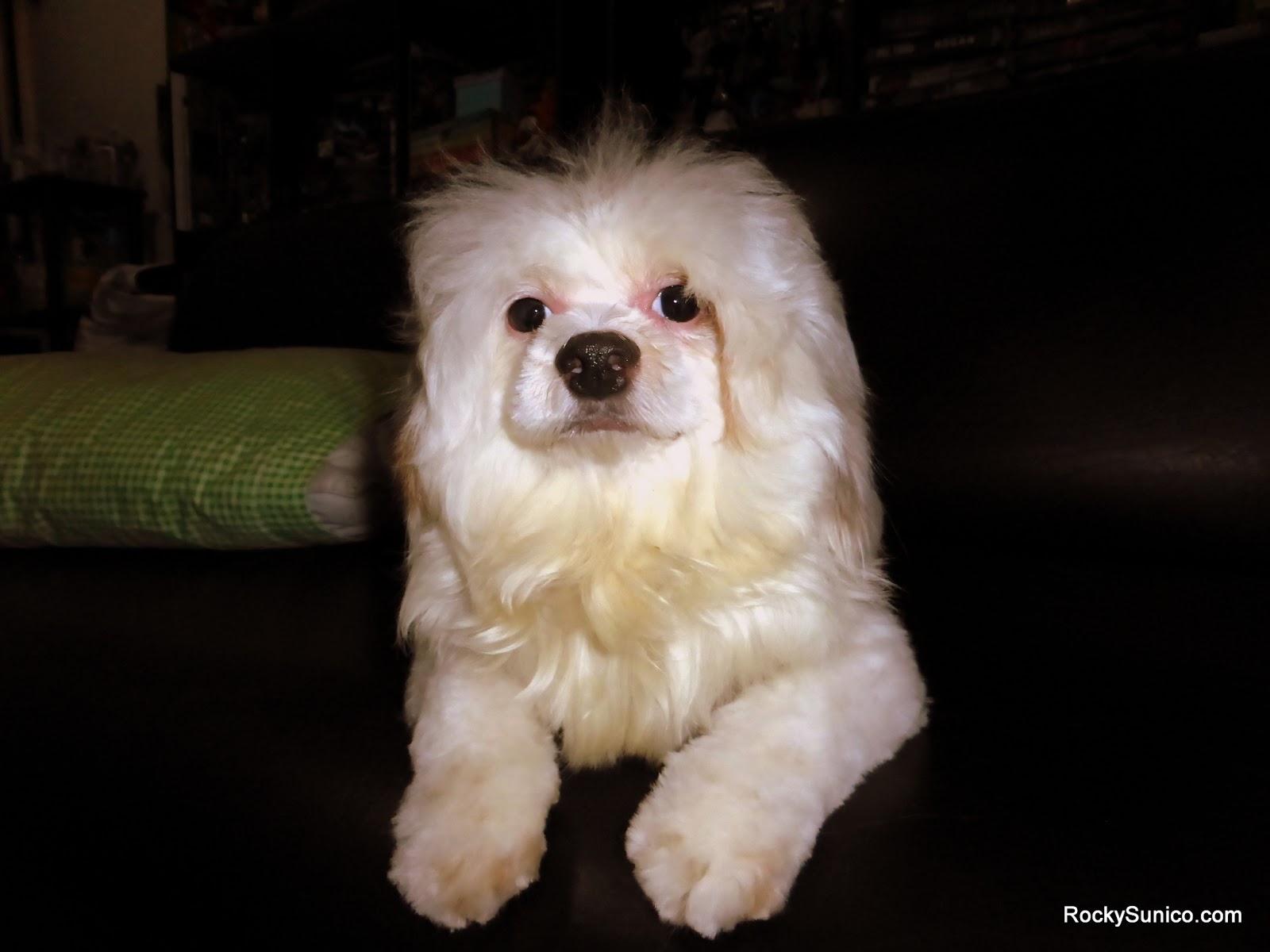 After all the holiday madness, today sort of became a Yoshi day. We had missed out on a vet appointment in December and ended up trying to make up for lost time today. And since he had other booster shots due this month, it meant a fair number of things that needed to get done as well. But since we're also treating a minor cut he got on his tail, we ended up needing to split up these shots into two sessions this month.

Having a dog is somewhat comparable to a baby in terms of on-going medical costs. There's a regular series of vaccinations and other preventive measures that a dog is continually subjected to in order to prevent bad things from happening. And it's quite the effort go keep on going back in order to keep in good health. I'm not complaining here - just stating the facts and how this impacts our overall routine. And Yoshi's continued good health is always a priority for both Tobie and me.

After today's vet visit, Tobie and I went out for lunch and ended up going around shopping for stuff for Yoshi. Admittedly Yoshi is one spoiled dog and Tobie and I don't have any qualms about getting him little treats. He has a wide variety of fun things to eat readily on hand at the Sietch and today we picked up some new baked treats at Barkin' Bakes and some of the canned food that he likes as well. I wanted to get him a better brush for getting to his undercoat and his shedding, but none were in stock. Instead I ended up getting him an organic aloe vera and oatmeal shampoo (since he's a little sensitive) and a dental water supplement that also provides additional Omega 3 and 6 oils for his skin. I swear, this dog has more product than Tobie and have combined.

But hey, it's the end of the long holiday and the dog deserves a little pampering as well. And I've already scheduled a spa session for later tonight for Tobie and me so we can fully relax and be prepared for our return to the working world tomorrow.
aminals health sietch life Tobie Yoshi