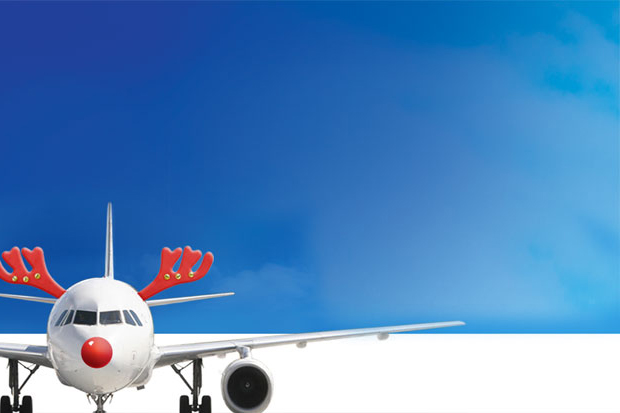 I never really understood what noche buena was until a bit later in life. I guess it's mainly because our Christmas traditions involved being asleep before midnight in order to ensure Santa wouldn't skip our house since the children were awake. Yes, we had the big meal shared with family still and even the exchanging of gifts, but we'd usually wrap things up before midnight. It almost made encountering Santa feel like encountering Medusa or something - him spotting you would mean the equivalent of certain death - no gifts on Christmas morning.

Things haven't gotten any more "traditional" (at least in the Filipino sense) ever since my sister and I left home. And it's not every year that she's free to fly in from Singapore so we've had years with her patched in my video conference or last year's effort to fly to Singapore instead. We were supposed to be all together last night, but holiday flight craziness resulted in her getting bumped off to a morning flight instead. So I ended up sleeping way earlier than hoped (damn you call center life) and I don't think we had a big meal that could be considered anything like a noche buena.

But that's really okay in the end, since we only really have one core tradition for Christmas. And that tradition is for our little family unit to come together for the holiday no matter where we are in the world - and this includes our weird little Skype Christmas years. And so our lack of Christmas festivities last night is really because we're all waiting for my sister to arrive. She'll be landing any minute now and once we all get together, our real Christmas festivities will begin in earnest.
family holidays