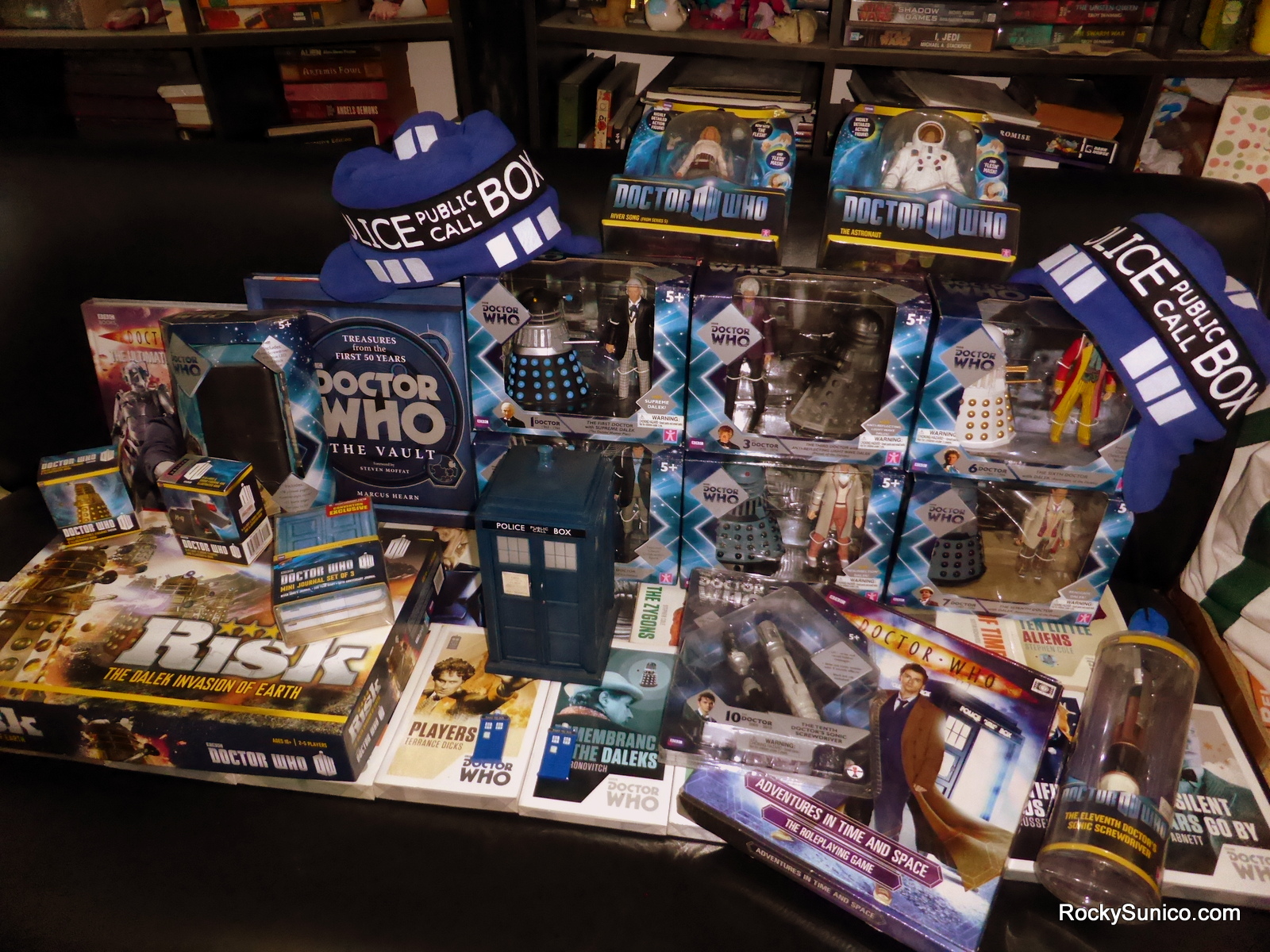 The somewhat lackluster nature of Transformers figures released this year has created opportunies to...well...diversify our geeky investments. And while we've been fans of the Doctor Who series for some time now, we haven't really put a lot of effort into acquiring the merchandise. We've had a few isolated gifts and purchases including an actual TARDIS and a few Sonic Screwdrivers, but we sort of left things at that.

But coming from the rush of the show's 50th anniversary last year, I guess it felt like a good time to up the ante a bit. And this this year I started putting a lot more effort into collecting the special edition Doctor Who novels that had been released as part of the anniversary celebrations along with splurging on the various Doctor Who and Dalek sets that we had stumbled upon while at Singapore.

We even have the Dalek Invasion of Earth version of Risk, which we haven't actually played because Risk takes a heck of a lot of time. But it's just awesome to have and the biggest driver of total number of Daleks in our collection. And yes, we have the Doctor Who: Adventures in Time and Space RPG official starter kit, which used to run a game or two here and there. And I'm definitely proud of that little fact.

One can only wonder what the future may bring as the local Whovian community grows and more and more folks bring in more merchandise. And I've really developed a bit of a taste for Daleks. And this collection doesn't even factor in our digital goods like the various titles I've purchased on comiXology and even more supplementary material for the DWAITAS RPG. Fun time indeed.
Doctor Who gaming sietch life tabletop gaming Tobie toys