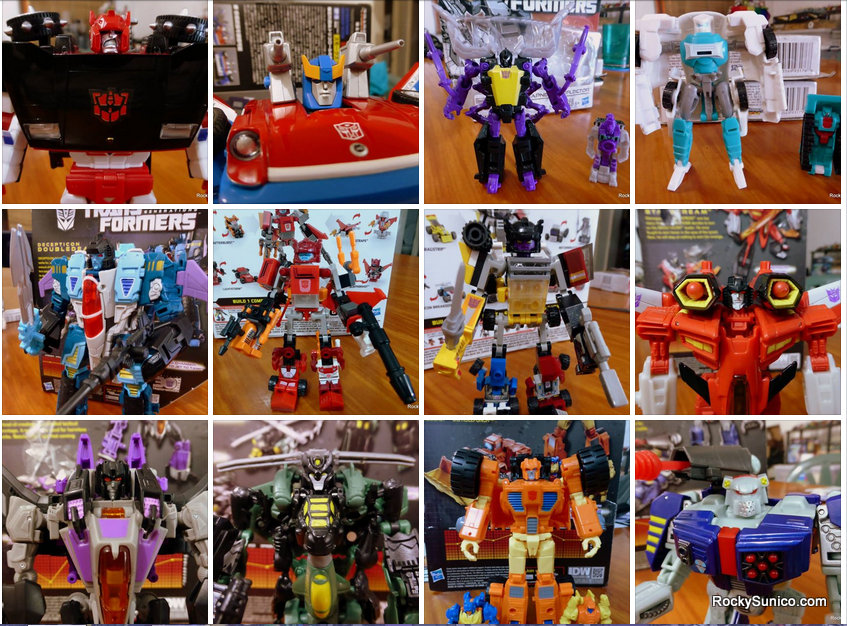 As I go over my Transformers purchases for the year, I have to admit that I feel a little bad that I didn't quite encounter a figure that I felt really made the year memorable. This is not to say that I regret these purchases or that I feel bad about the money invested in them, but it does feel like this year didn't really offer anything truly novel or amazing. I'm happy wit what I've accomplished as a collector, but at the same time it feels like a lot of the figures I picked up were mostly because I wanted to complete the series and not so much that I was particularly looking forward to one figure or another.

Last year was pretty epic given figures like Takara Transformers Masterpiece Soundwave or the Titan-class Transformers Generations Metroplex. But given how this year was actually the 30th anniversary of the Transformers franchise, I feel like I didn't end up with a stand-out figure that really commemorated the achievement. To be fair though, I was pretty happy with the Beast Wars and Beast Machines inspired toys like Waspinator, Rattrap, Rhinox, and Tankor.

I suppose that also partly explains why I ended up getting so many Takara Masterpiece figures this year. The commercial Hasbro line was decent but nothing amazing, apart maybe from Windblade, so that freed up resources to actually consider getting other Masterpiece figures. And this isn't necessarily a bad thing - I foresee actually trying to complete other Masterpiece sets going back in time a bit in order t round out my collection.

In addition, I've largely completed my efforts to collect the older figures from the Transformers Classics and Universe line of toys except for a few not-as-fun figures, and so I didn't really do a lot of serious hunting among bargain bins and secondhand sales. Such figures are typically more expensive and it's just as well that I didn't go down that road as much. But we'll see - this may lead to more serious efforts to gather up even older G1 and G2 figures any maybe even original Beast Wars toys.

The coming year for Hasbro is going to be defined by their upcoming Combiner Wars event, which is cute but nothing too amazing. I definitely had mixed feelings about their Fall of Cybertron gestalts Bruticus and Ruination, but we can only hope that things will get better. But for 2014, I think the year feels more like a B+ as best - still decent, but not yet actually amazing.

If anything, less money spent on Transformers has meant other geeky purchases, particularly in the Doctor Who line, along with quite a number of comiXology purchases and a ridiculous number of Steam-based games. Such is the geeky life.
inner ramblings sietch life toys Transformers