0194F: Venturing Into the Aether Sea 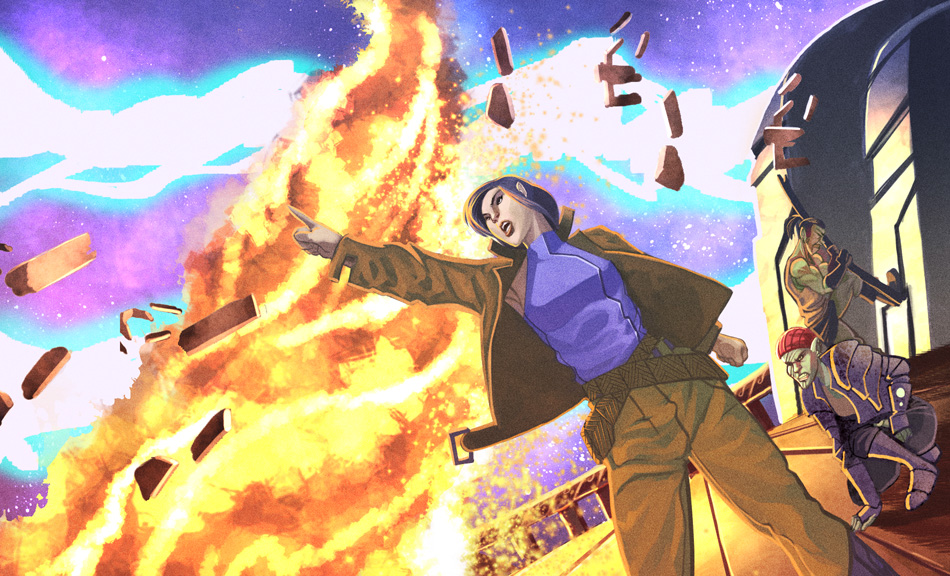 So last night we played The Aether Sea, an RPG that uses the Fate Core system. It's a pretty exotic setting, although given the fact that the game was only a one-shot we didn't exactly have a lot of time to really explore things. It was an interesting experience given some new players and a new system, although naturally I still played a familiar character type. As is typical I played someone that was fairly social in nature but with a dark bent that made for decent story development. Given how Tobie had not mapped out stuff in the beginning, it's was also nice how things just came together in the end.

And admittedly that's brings me to one of my favorite parts of the Fate system - how the process of building the world and the character's many aspects really shapes the potential story. As much as you can go into the experience with a possible story in mind, the process of defining each character does a lot to influence the eventual story. That does make it a little scary to run such a game since any plot you may have can get easily overridden, but at the same time it feels like less work since the players themselves craft many different parts of the story world.

Beyond this weekend, there are still two working days to consider before the Christmas holidays take effect in force. Just a little more!
gaming sietch life tabletop gaming Tobie