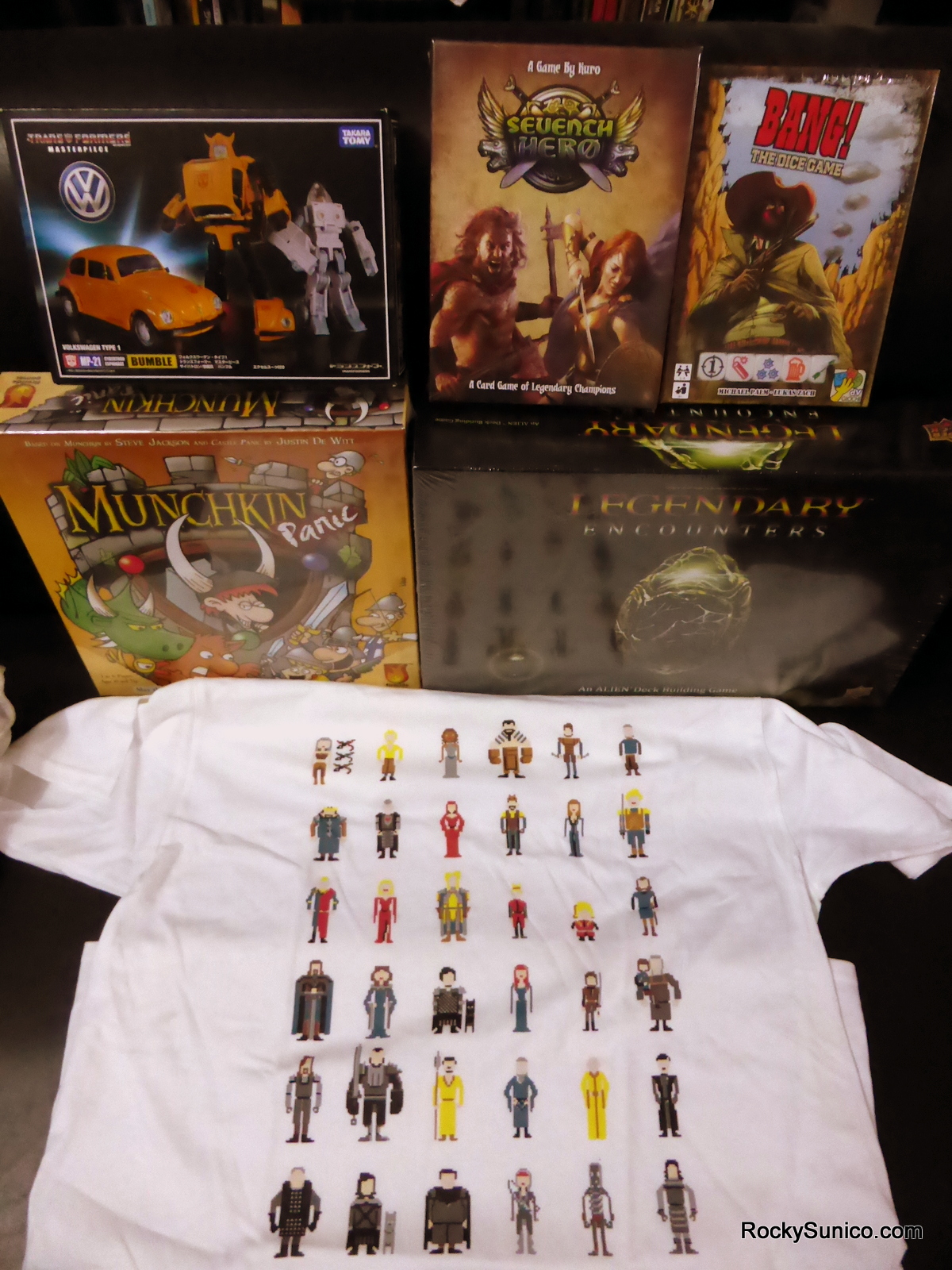 After the awesomeness of Saturday, we had initially mapped out our Sunday to be fairly light. Given we had already scheduled our last theater venture for the year for that Sunday, it also made sense to avoid scheduling a game and instead just allot some time for ourselves. Plus with Christmas shopping obligations already looming and Christmas just around the corner, it was important to get started on some of that.

But due to an interesting coincidence of timing, the weekend also turned out to be the annual Christmas Toycon event over at SM Megamall. We always seem to find time to drop by this particular event, although ironically we never actually pay attention in advance to when it's going to be. And since we had retired early from the crazy 9th anniversary party at O Bar, we were actually wake early enough to squeeze in time for a Toycon run before making our way to Makati for the play.

It's interesting to note how this was the first year that we caught Gaming Library at the convention, although I suppose it's not much of a surprise given they've been pretty active in different conventions this year. What was more interesting to now just how many booths were making sure to include a few board games as part of their wares in a marketplace that is typically dominated by action figures and other toys. It gives one a lot of hope about the state of tabletop gaming in the Philippines - if various retailers all recognize the value of bringing these games into the country, then all the more players will feel supported in their hobby.

It reminds me of our recent Singapore trips where Tobie and I were actually a little challenged in terms of finding games to buy that we didn't already have or could potentially order through local retailers. As much as stores like Paradigm Infinitum have supported our geekery over the years now it's not that unrealistic to maintain a robust gaming library of your own without needing to go outside the country. And that's a very good thing indeed.

And thus yesterday's Toycon marked one of the few times when Tobie actually bought more stuff than I did. And yes, as you can see in the image above, the bulk of our purchases were board games instead of me usually dominating with Transformers. And again, that's not a bad thing at all. It just goes to show that there's more than enough geekery to go around.

On another note, I was also really surprised at how big Funko Pop! figures have gotten in the country. The Toycon was littered with giant-sized versions of various geeky Funko Pop! figures, which says a lot about the state of this particular collectible line. Good job indeed.
gaming tabletop gaming toys