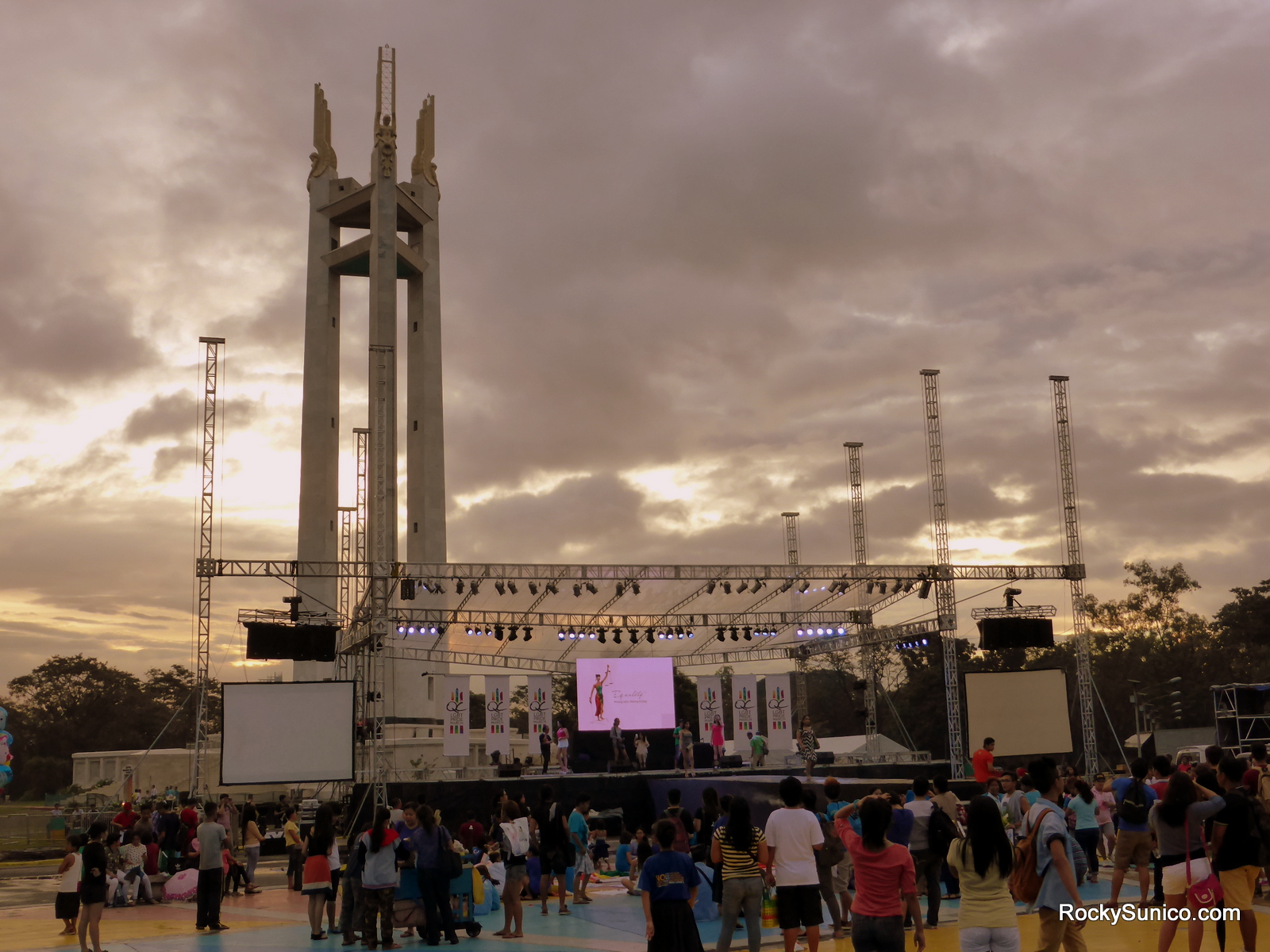 So I somehow survived yesterday with little to no sleep coming from my Friday night work shift and both a 4 kilometer LGBT Pride March together with the 9th anniversary celebrations for O Bar. It was an epic, epic day indeed.

First, it was pretty scary at first whether or not the QC Pride March was going to push through or not because of some surprise rain showers right before the event proper. I had looked different weather forecasts for the day as well and everything said no more than 20% chance of rain in Metro Manila for the day, but it projected QC in particular to be rather sunny. Instead, we had rains that were a heck of a lot more intense than what we had experienced when the weakened Tropical Storm Ruby finally hit Metro Manila.

But we all persevered and despite having horribly weak shoes and socks and feeling all sticky from wearing rain gear while waiting things out, the skies cleared right as the march was scheduled to begin and it was all steam ahead after that point. This year we were joined by a number of first-time marchers, all of them being friends from different geek circles. Ironically enough, we didn't have any gay friends to march with us this year for one reason or another, so things were still pretty amusing. 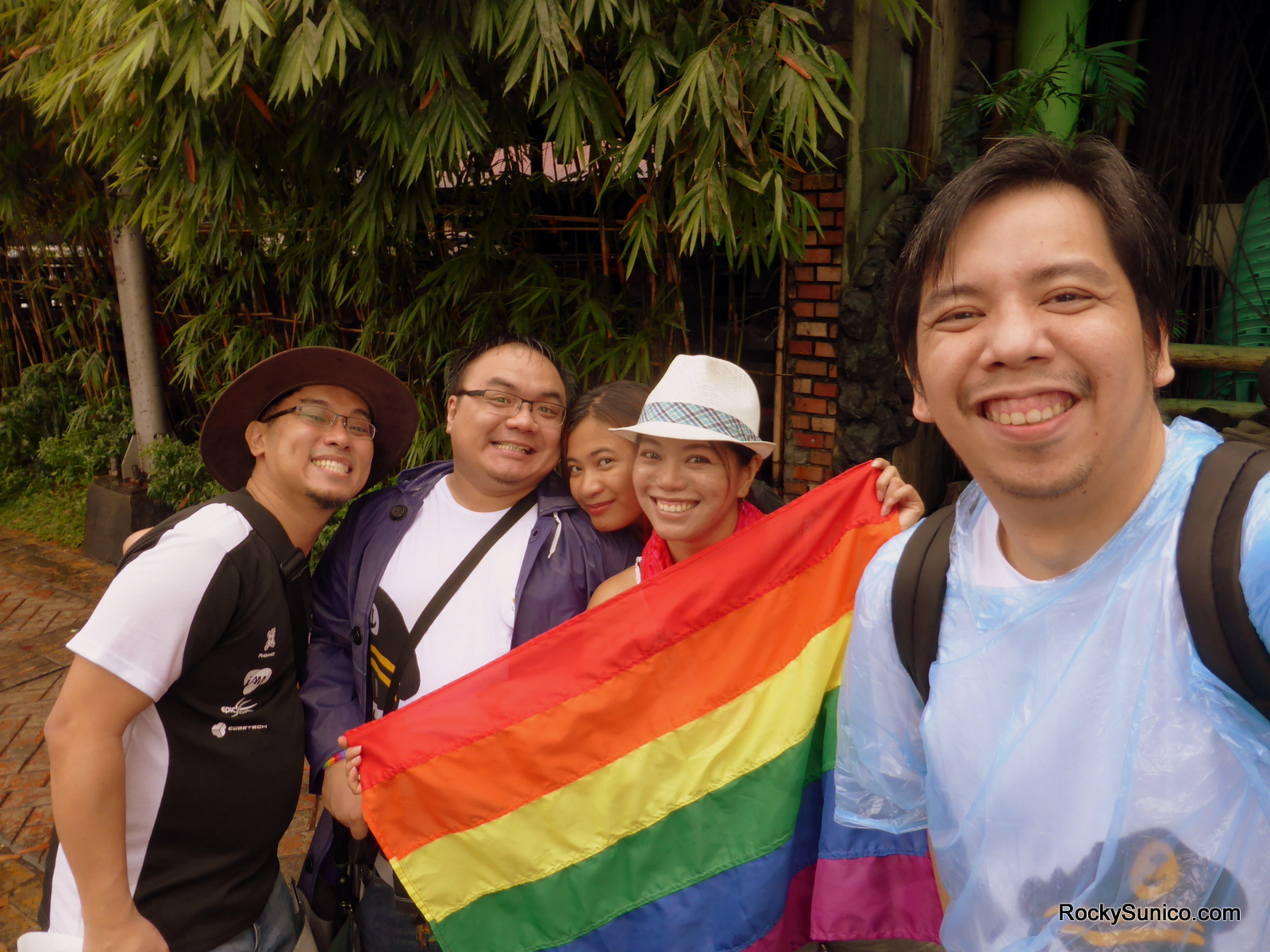 Given all the little trials and challenges along the path that led up to this particular march and then the actual challenge of going the entire 4+ kilometer distance to get to the Quezon City Memorial Circle, the end result was a unique feeling of satisfaction and fulfillment. Despite my own lack of sleep, I felt like I was on top of the world.

After taking time for dinner at the surprisingly still-alive Kamameshi House and some well-deserved showers back at the Sietch, it was off to O Bar to celebrate the 9th anniversary of our second home. It was an amazingly crazy night with so many familiar faces that it really played out more like a reunion of our extended O Bar family. It's interesting to consider how so many different friendships and relationships would have never been forged had it not been for this one bar. 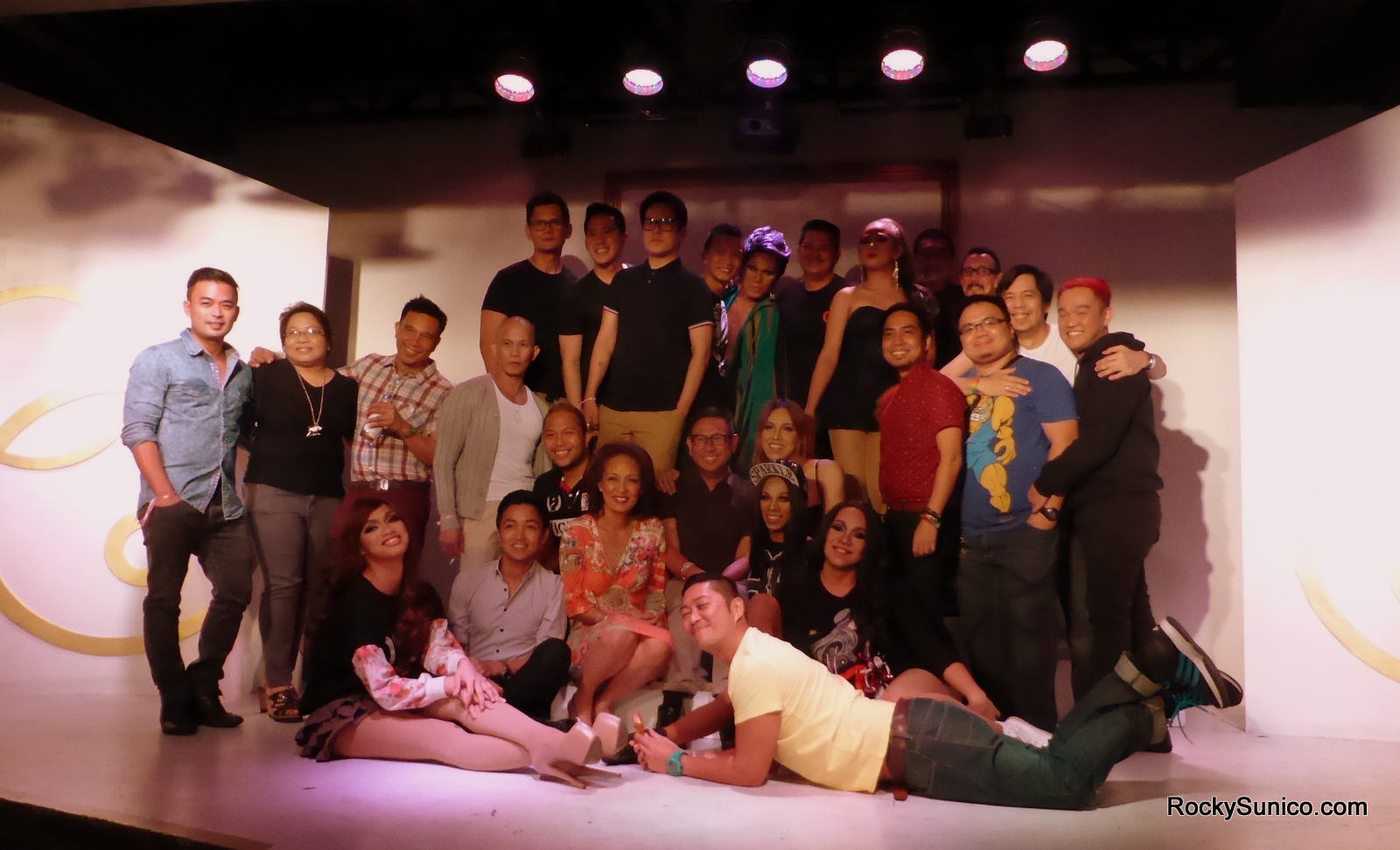 There was even a point in the night that I was asked to go on stage to say...something. It wasn't too clear to me what the objective was at the time and I'm sure that I was more than just a little tipsy by that point. But hey, that's the O Bar life for you. And I just happen to take photos while there.
LGBT Pride O Bar queer life