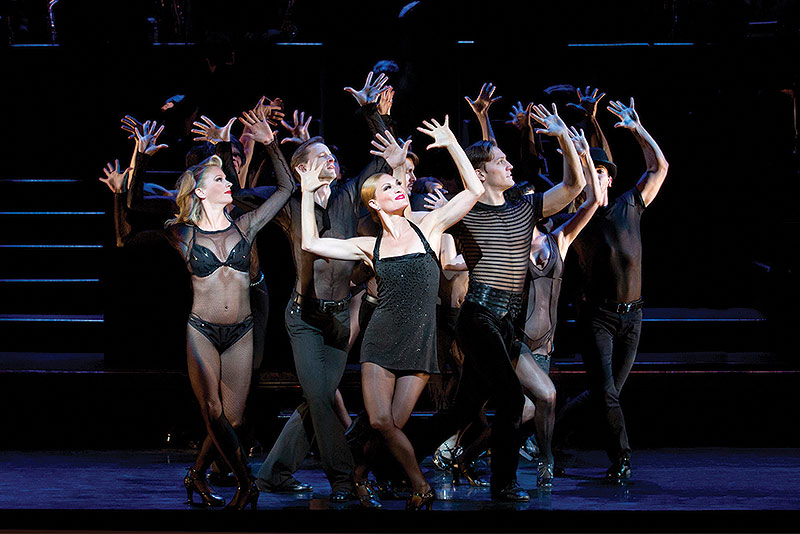 I'm still sort of basking in the glory that is Chicago: The Musical, given Tobie and I just caught it a few hours ago at the new The Theatre at Solaire. It's the first show staged at the new venue and it certainly made quite the impact despite some concerns we had about the venue itself.

But first, let's talk about the play.

Given the strong Fosse nature of this production, the quality of the dancing was definitely my primary area of concern. The touring group staging the show, Lumchbox Theatrical Productions, has had a mixed bag of productions ranging from their brilliant stagings of Wicked to more lackluster shows like Dirty Dancing. You can't get the dancing wrong in a show like this given how much of Bob Fosse's signature style is identified with the production.

And in this regard, the Chicago cast totally delivered. The ensemble performers were pretty stellar and they really nailed a lot of the complex group sequences complete with isolated movements, interesting tableau moments and surprise entrances and exits. The singing was pretty good as well and the acting wasn't too bad either. So on the whole, it was a pretty solid performance and perhaps one of the best shows that we've seen all year.

A lot of different issues with the venues though, which is a shame. The initial approach to Solaire was nice enough and the way they've segregated the parking allotment for the casino versus the theater area. But then the elevators are pretty strange since you have no idea if it's going up or down and they seem to have a tendency to stop at every floor and reset any selections already made.

In terms of The Theatre itself, the lobby was brilliant and certainly felt rather posh. But once you get inside, there are other concerns. All seats in the balcony section seem horribly lacking in the leg room department. Tobie just fit in the seats and I wasn't exactly comfortable myself. They did manage to design the theater in a manner that provides adequate sight lines wherever you sit, but the theater could still do with some tweaking.

Still, we enjoyed the show terribly and we had quite a lot of fun tonight, I actually teared up a bit during the opening number since I was feeling giddily overwhelmed by the fact that this was so, so, so Fosse. And that's a brilliant experience indeed.

And we had dinner at Nemoto! So full!
all the world's a stage cultural victory inner ramblings