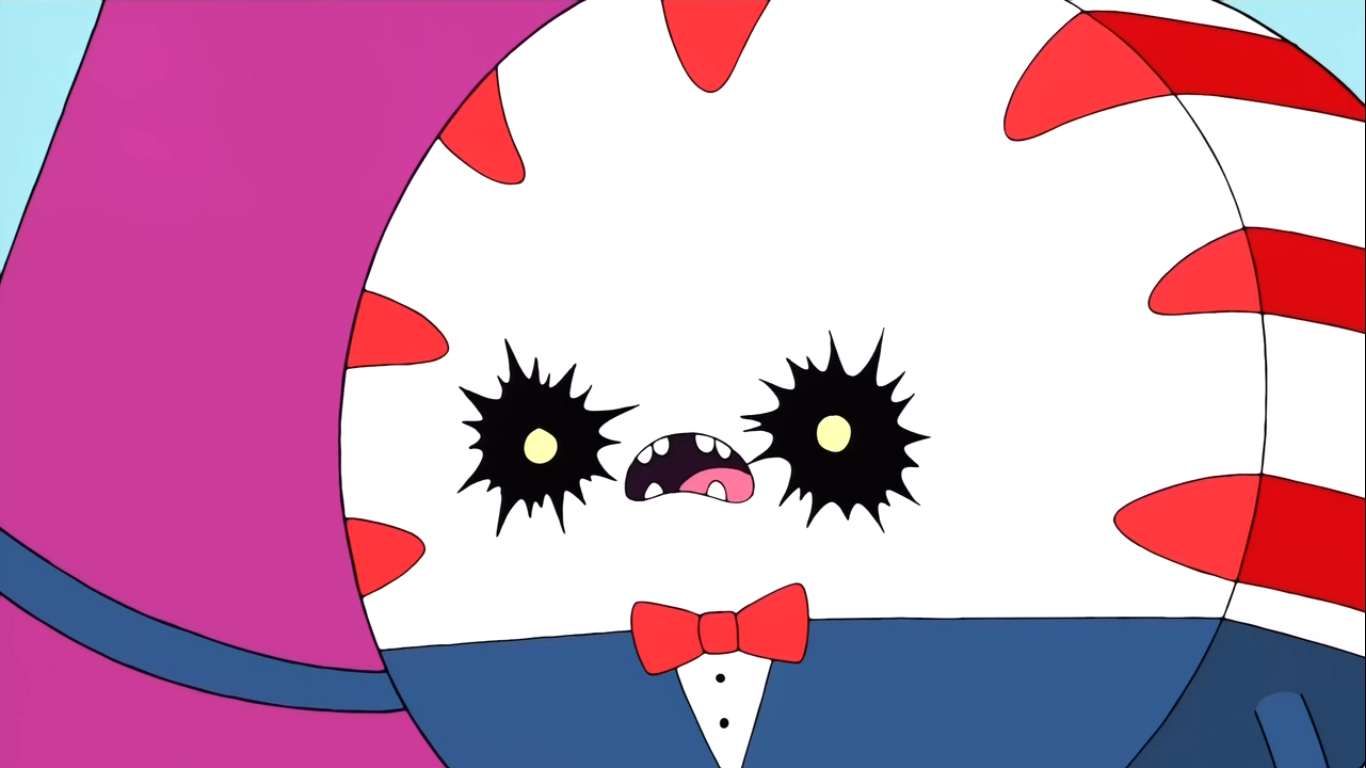 There are many reasons why we love Adventure Time. From the crazy stories, the colorful characters and the occasional musical moment, the show has a lot going for it.

The latest Adventure Time graphic novel, Bitter Sweets, focused on Princess Bubblegum and nicely enough, Peppermint Butler. This guy has gone from one of the more notable Candy Kingdom citizens that stood out a bit more. I initially liked him since it was quaint to have him as a butler and the name "Peppermint Butler" really rolls off the tongue quite well. 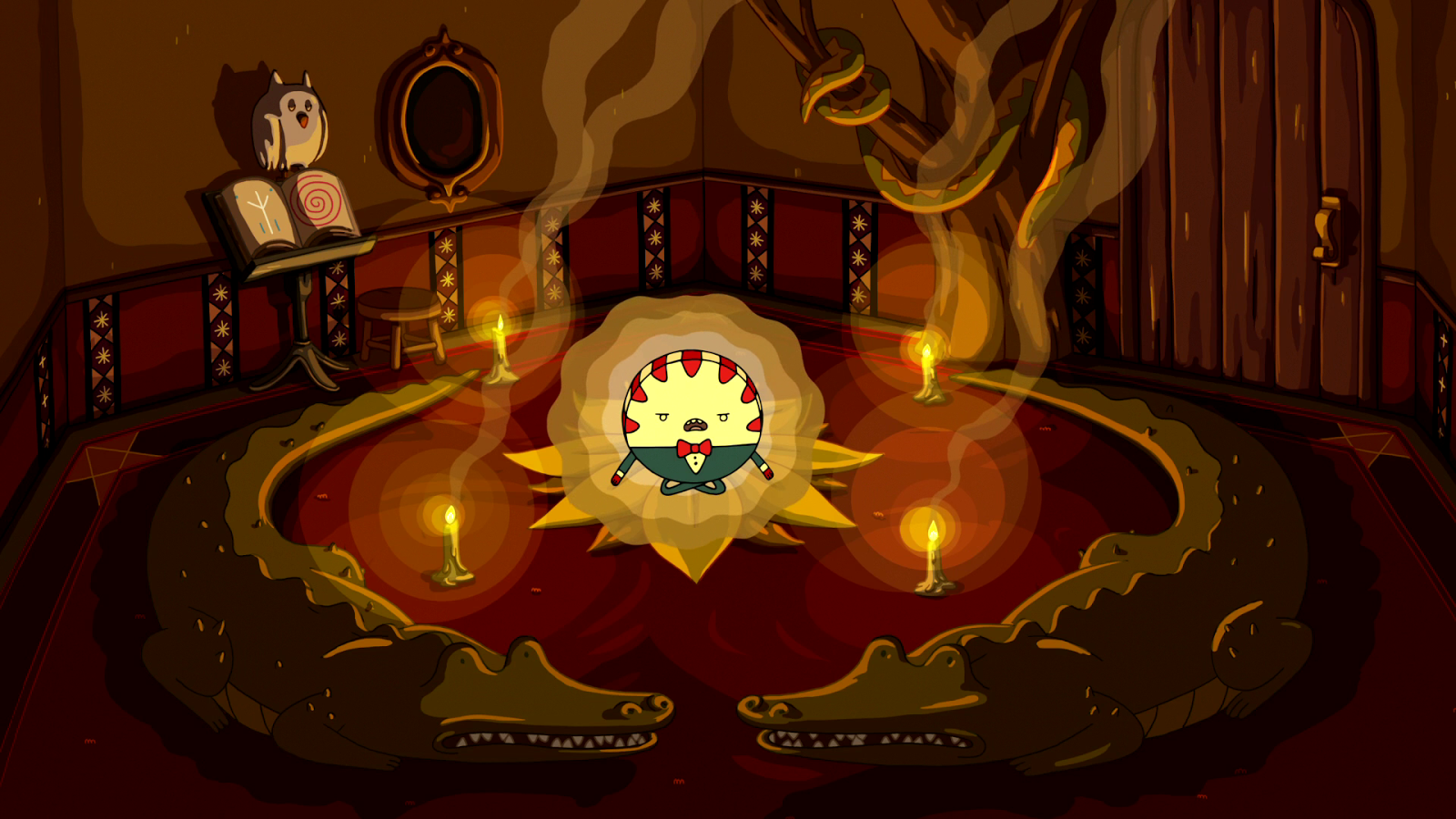 But then later episodes revealed that there's an oddly darker side to him that includes elements as Peppermint Butler being friends with the incarnation of Death on the 37th Dead World and his repeated dabbling in the dark arts. This has also manifested in him having the dark eyes shown above and a forked tongue of all things! And this craziness that contrasts to his usually "harmless" appearance as the faithful butler serving Princess Bubblegum.

And I thought Gunter being the most evil thing that Hunson Abadeer has ever encountered was a surprising turn of events. 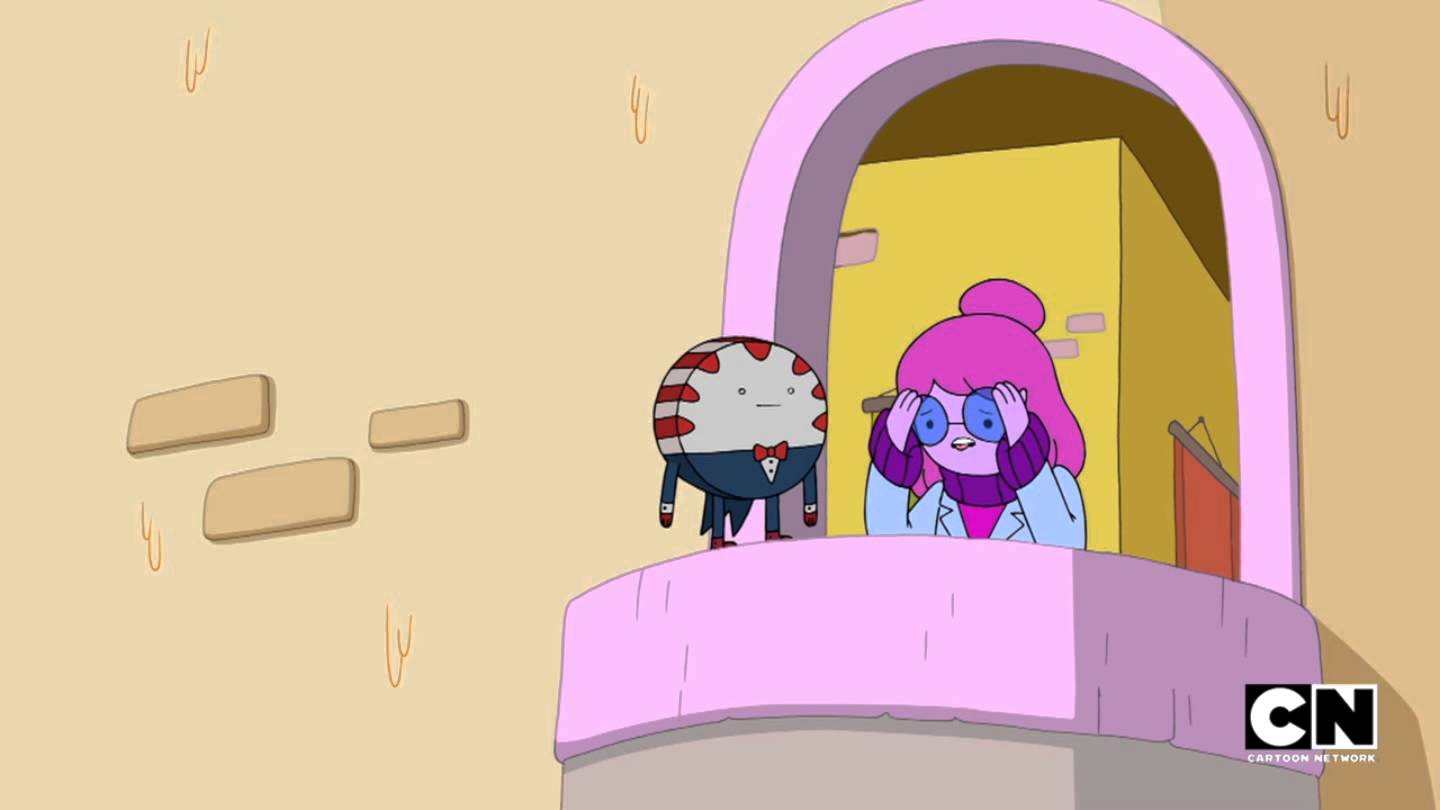 The Adventure Time comics like Candy Capers and Bitter Sweets have nicely capitalize on this side of his personality. But when it comes to Bitter Sweets in particular, it was notable that Princess Bubblegum actually seems to be okay with this side of him given he openly used his dark sorcery in front of her as part of the story. Then again, the current season of the cartoon with recent episodes like "The Cooler" illustrates more and more how PB has a pretty dark side to herself as well.
Adventure Time television