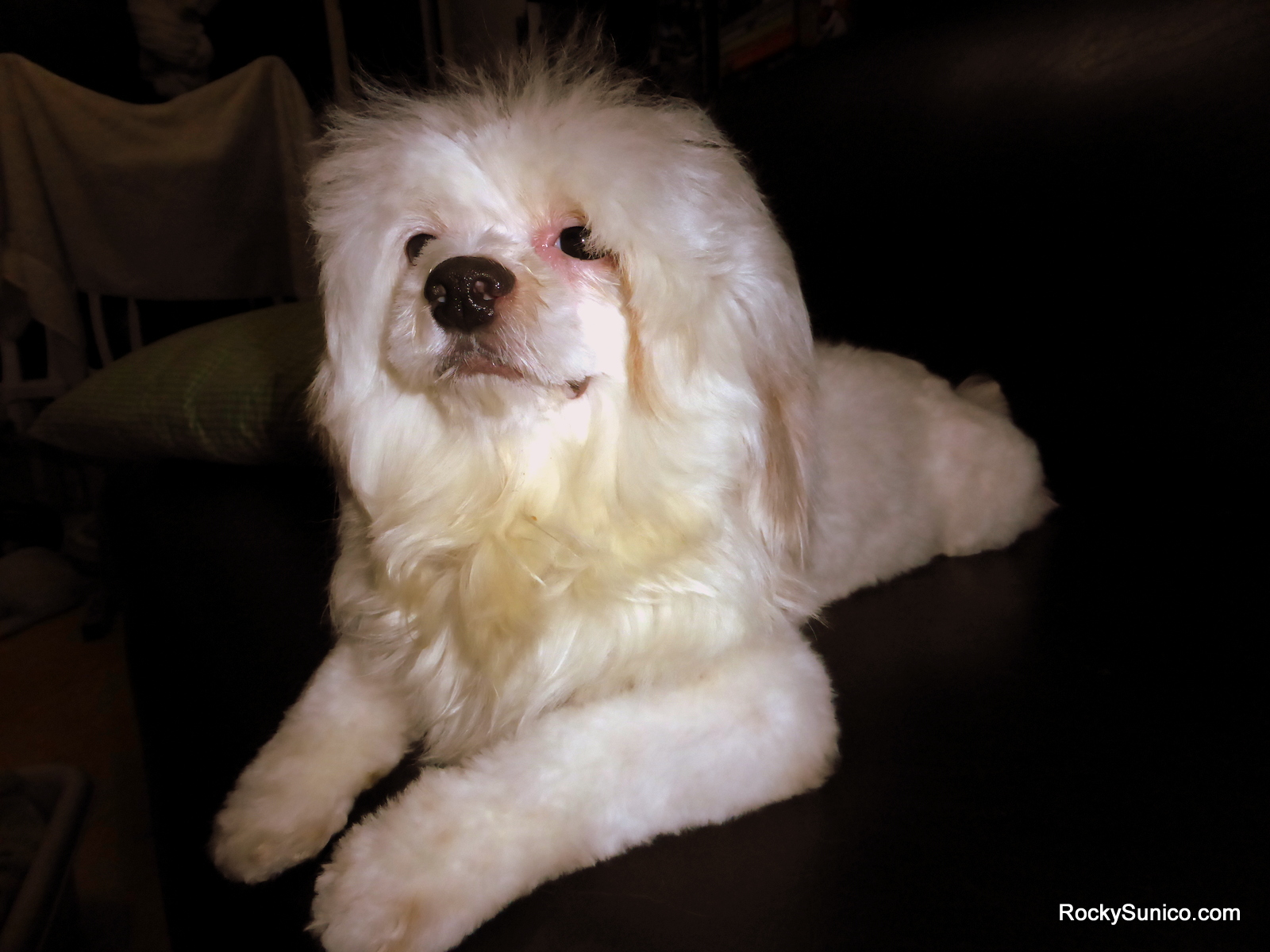 Yoshi has contented himself with a seaweed-flavored gnawer treat and is quite busy consuming it on the couch. To be more specific, he's attacking the little green bone-shaped delight while resting on a comfortable pillow which happens to be on the couch. And like most weekday afternoons, he's my primary companion here at the Sietch. More often than not he tends to settle down right at my feet while I blog. Sometimes he even takes one of the dining chairs so that he feels closer. Yoshi's rather funny that way, but we do love him for this sometimes felines or sometimes human-like behaviors.

During these long afternoons when it's just me and Yoshi here at the Sietch, we tend to watch various movies and TV shows. In particular, I try to watch stuff that I wouldn't normally "waste" Tobie's time with or at least that I can trust him to maybe watch on his own. These include comedies that scratch my particular niche of humor and various LGBT films that I review for blogging purposes. Case in point, I currently have 9 Dead Gay Guys playing in the background as I compose this post. I oddly need a steady stream of LGBT movies as review material on the Geeky Guide, but that means a lot of pretty bad movies that I don't think Tobie needs to suffer through.

The weather is being weird this week with the random rains and I can't seem to locate my primary umbrella. There are a few others in circulation here at the Sietch or in Tobie's car, but I feel a little disappointed that I can't find the one I sort of prefer having. Thankfully I've yet to be caught in a serious shower just yet, but I've way too many near misses. I really ought to settle for another Sietch umbrella or perhaps buy a replacement for the one that I've lost, but I keep delaying things for one reason or another.