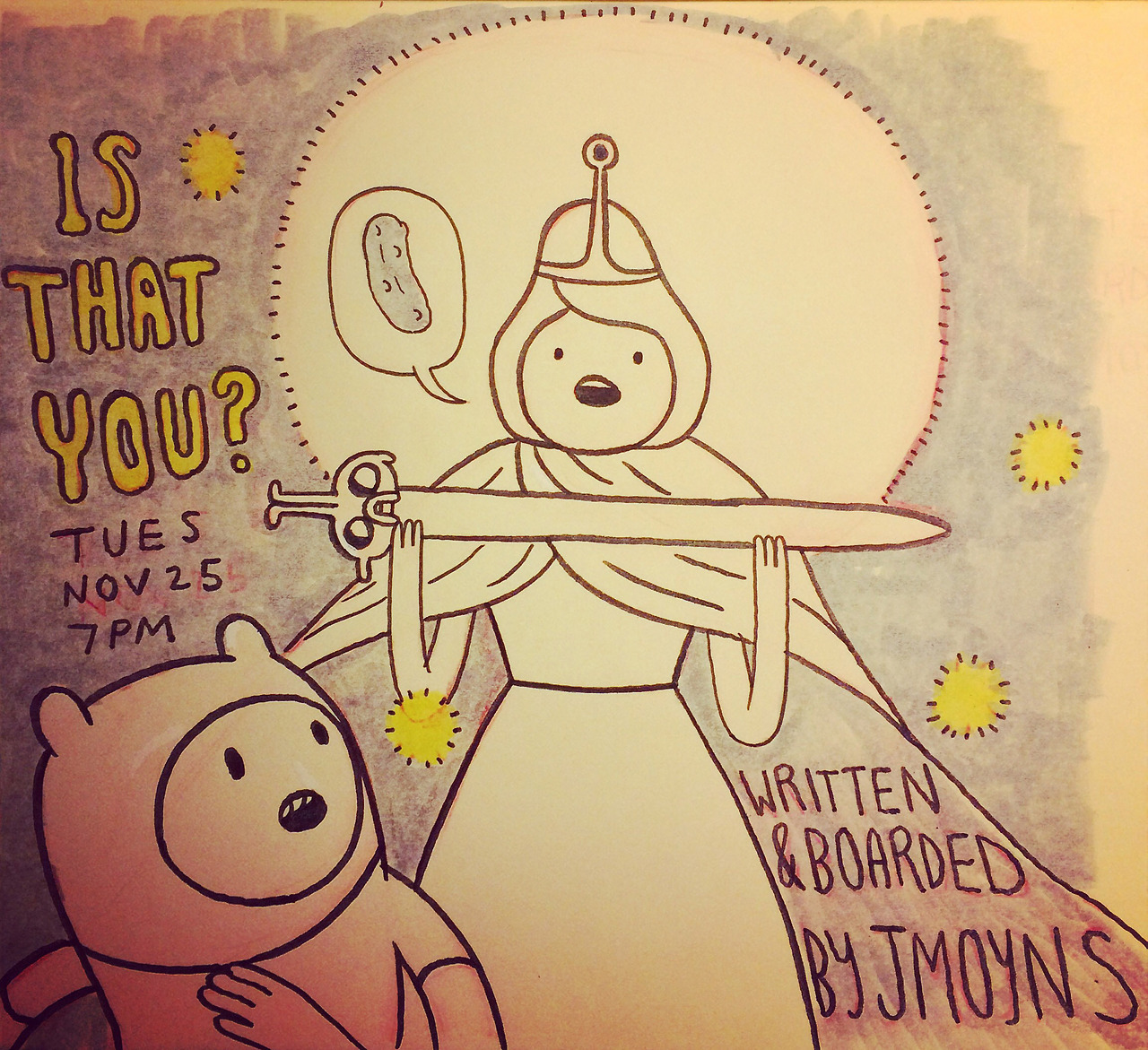 Potental spoilers for Adventure Time S06E19 - "Is That You?". You have been warned.

I understand that not everyone "gets" Adventure Time. At first what appealed to me was the very random nature of each episode and how trippy everything seemed to be. But like any good television experience, the greater story was revealed in time and soon Tobie and I were inevitably sucked into the madcap world of Ooo. And it's always a distinct pleasure to find fellow fans who love the show as much as we do. Every now and then I try to explain what makes the show amazing to others and sometimes we get to spread the joy but other times it just goes over their heads. But that's okay - it's their loss.

The show tends to start and stop seemingly at random as the production team goes creates the various episodes that make up the show. A single season can feature over 50 episodes, which can mean quite a lot of animation work. And so we fans just wait with patience as the show goes through its season, dealing with the various breaks with endless speculation of what might come next. And with the show releasing new episodes recently, there's been quite a lot of reasons to go crazy over some of the revelations.

Case in point - the 19th episode of Season 6, "Is That You?" which revisits the fate of the trans-dimensional being Prismo, who had died at the very beginning of this season. Needless to say it was a most interesting episode, but it also featured surprising connections to the 6th episode of this season, "Breezy". The art above reflects the original promotional art for "Is That You?" which was designed as a direct reference to the similar scene in "Breezy".

It's easy not to expect too much from any one episode of Adventure Time. Often times it seems like their adventures are totally random and it remains unlikely that the writers will return to any of the prior elements from past episodes. But then we get proven wrong time and time again as some of the most fleeting moments from the show turn out to be key elements later on. When you watch Adventure Time, it helps to pay very, very close attention to everything that happens.

I'm really happy with the outcome of the episode. It's not at all something that I expected and the way that things came about is a little hard to fully understand as well. But I'm continuing to try and process all that happened and what this might mean for the future. And the experience of wondering and speculating about the future and relishing every episode is what makes the entire Adventure Time experience so worthwhile.
Adventure Time sietch life television