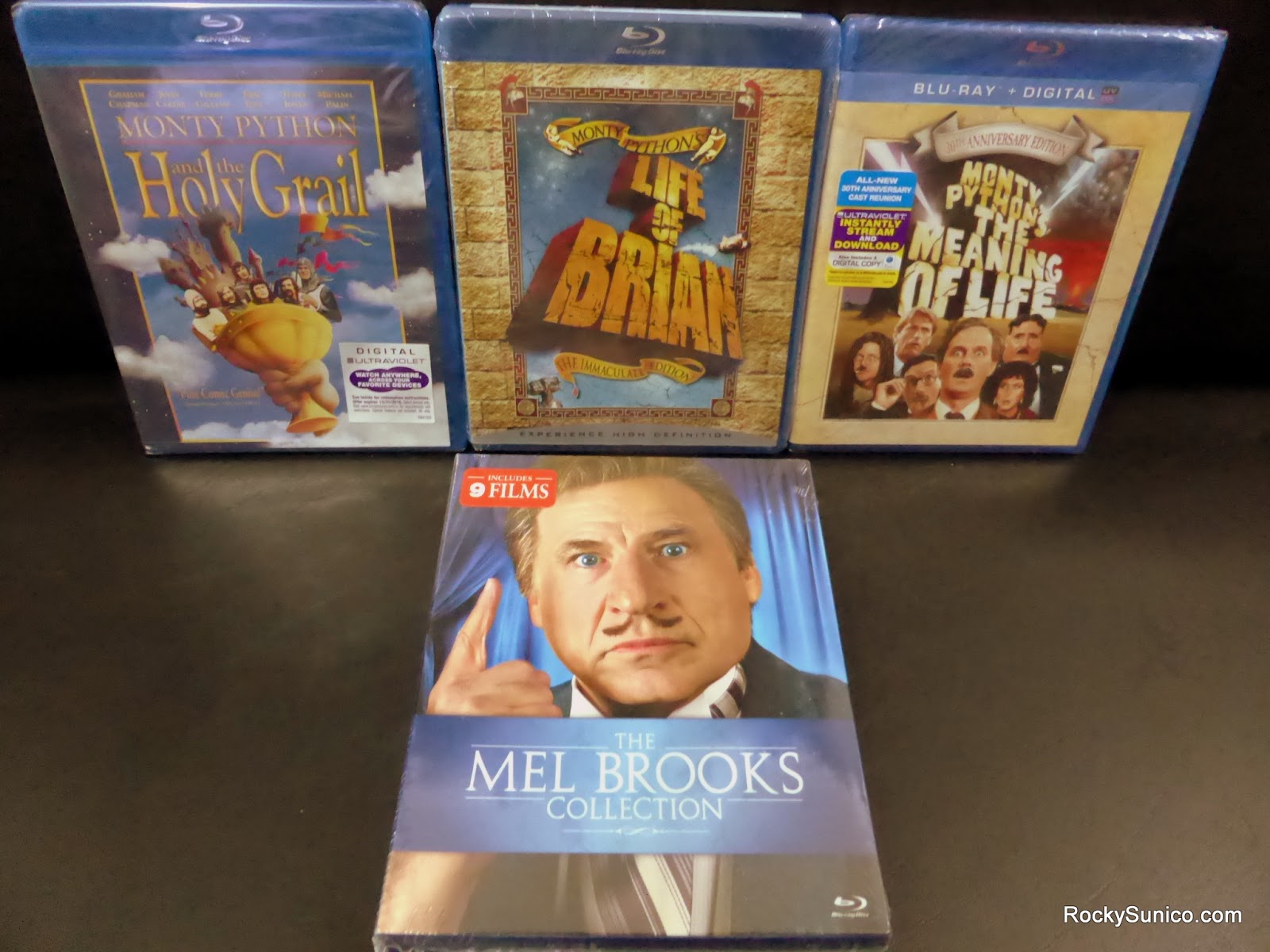 Part of the recent shipment from the US included a number of Blu-Ray discs for various comedy movies. And the movies that arrived pretty much define the bulk of what I would call my sense of humor. As you can see in the image above, we've added special editions of the three big Monty Python movies and an amazing collection of 9 Mel Brooks movies. So my comedy spectrum includes oddball British sketch comedy and cheesy puns and musical bits from a very successful Jew. I'm not sure what that says about me.

I'm not necessarily all that particular about getting Blu-Ray movies versus your typical DVDs, but when you order movies from the US, Blu-Ray discs are a safer investment. Regional restrictions are pretty prevalent across DVDs and thus we own the first two seasons of Adventure Time in a format that can only be viewed on our laptops. That's still decently serviceable, but I still want to be able to recreate the full movie experience on our modest television set. And thus far, the Blu-Ray discs have all worked our pretty well thus far.

But we don't necessarily have a significant Blu-Ray collection just yet. But we've already made a few choice purchases that are something to be proud of, although again send a weird message. Apart from the movies features above, we also have the complete 3-season collection of Star Trek: The Original Series and the Complete Collection of Lost, which is probably the most awesome one we have so far.

But given our luck thus far and the many Amazon sales that crop up from time to time, I foresee making a few purchases here and there.
moving pictures sietch life Tobie