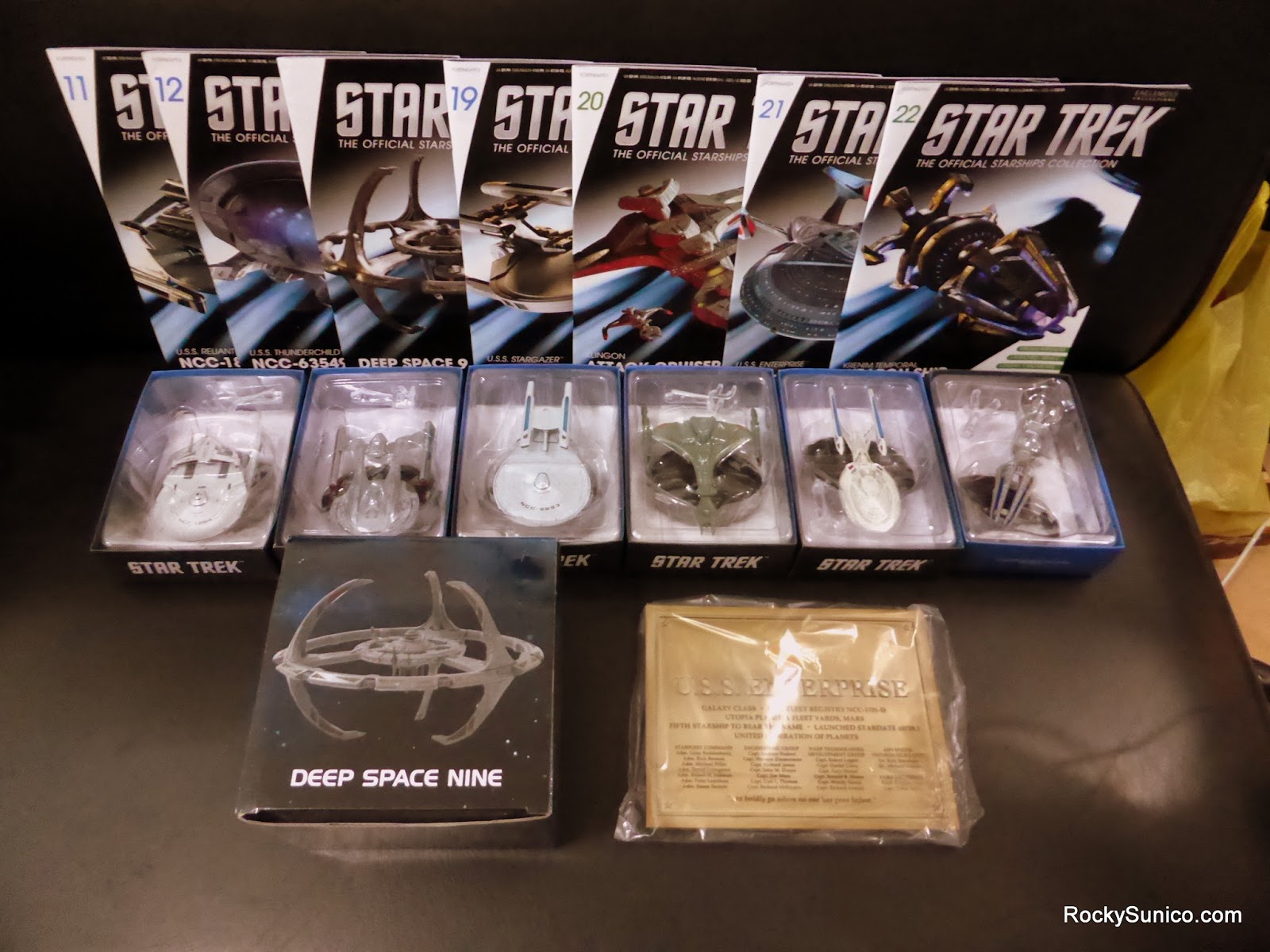 Today is going to be a rather tiring work day, and so I've sort of retreated to geeky dalliances in order to cope. And while I had a pretty good night's sleep last night, I also woke up pretty early this morning - earlier than hoped, at least. And today we have a big work event that requires me to go to the office much earlier, thus there's no more time to try and nap again without risking sleeping too long. I really do wish that I was a lighter sleeper than I am - no matter how many alarms I seem to set, I still can't seem to get up consistently.

In terms of today's geekery, Tobie was finally able to pick up stuff that we had ordered previously that had been gathered in the US and then shipped over via balikbayan box. A lot of what had been shipped were my various Eaglemoss Star Trek Starships Collection figures, a steadily growing collection that involves 2 new ships released every month. I spent the afternoon examining and documenting (through photos) a few of the ships and thus far it has made for a nice little afternoon. Say what you will about them, but I really like the level of craftsmanship that has gone into the models. No ship will ever be truly perfect, but at the very least these ones look pretty darn good. 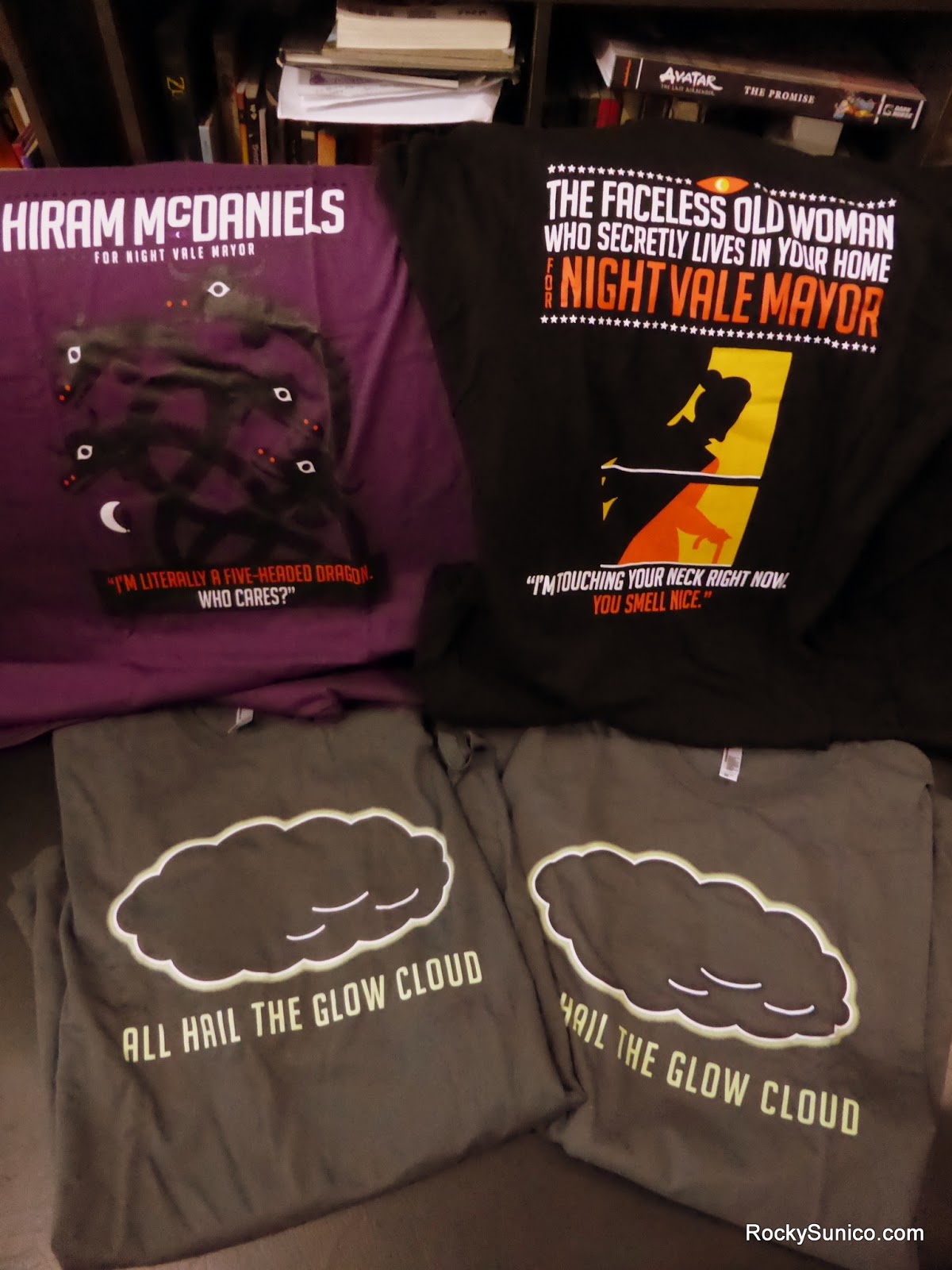 The shipment had also included some Welcome to Nightvale shirts that we had ordered special, given our shared love and appreciation for the podcast. Despite our best efforts to understand the size guides that had been posted on the site though, it seems we totally overestimated how large the shirts would end up being. And while the shirts remain very, very cool, we won't ever look all that fashionable in them either.

Beyond that minor hiccup, the shirts are still pretty darned awesome. I had to rush the order in order to catch the limited-edition Night Vale Mayoral Elections shirts that had been created. Tobie gets the Hiram McDaniels shirt and I have the one promoting The Faceless Old Woman Who Secretly Lives In Your Home. It's hard to explain what these shirts represent for folks who haven't taken the time to listen to the podcast, I realize.

The last stuff that arrived were various Blu-Ray discs that I had ordered and some RPG books that Tobie had earned through various Kickstarter projects or even contributed writing to. The movies were an odd mix of Monty Python films and Mel Brooks films - just writing about them sort of speaks of my weird tastes in comedy at times. But come on, they're pretty darned awesome!

I feel like lying down or something, but that scares me. I really need to be at the office no later than 07:00pm, but the craziness of rush hour traffic sort of kills thing for me, thus forcing me to go much earlier.
health sietch life toys work