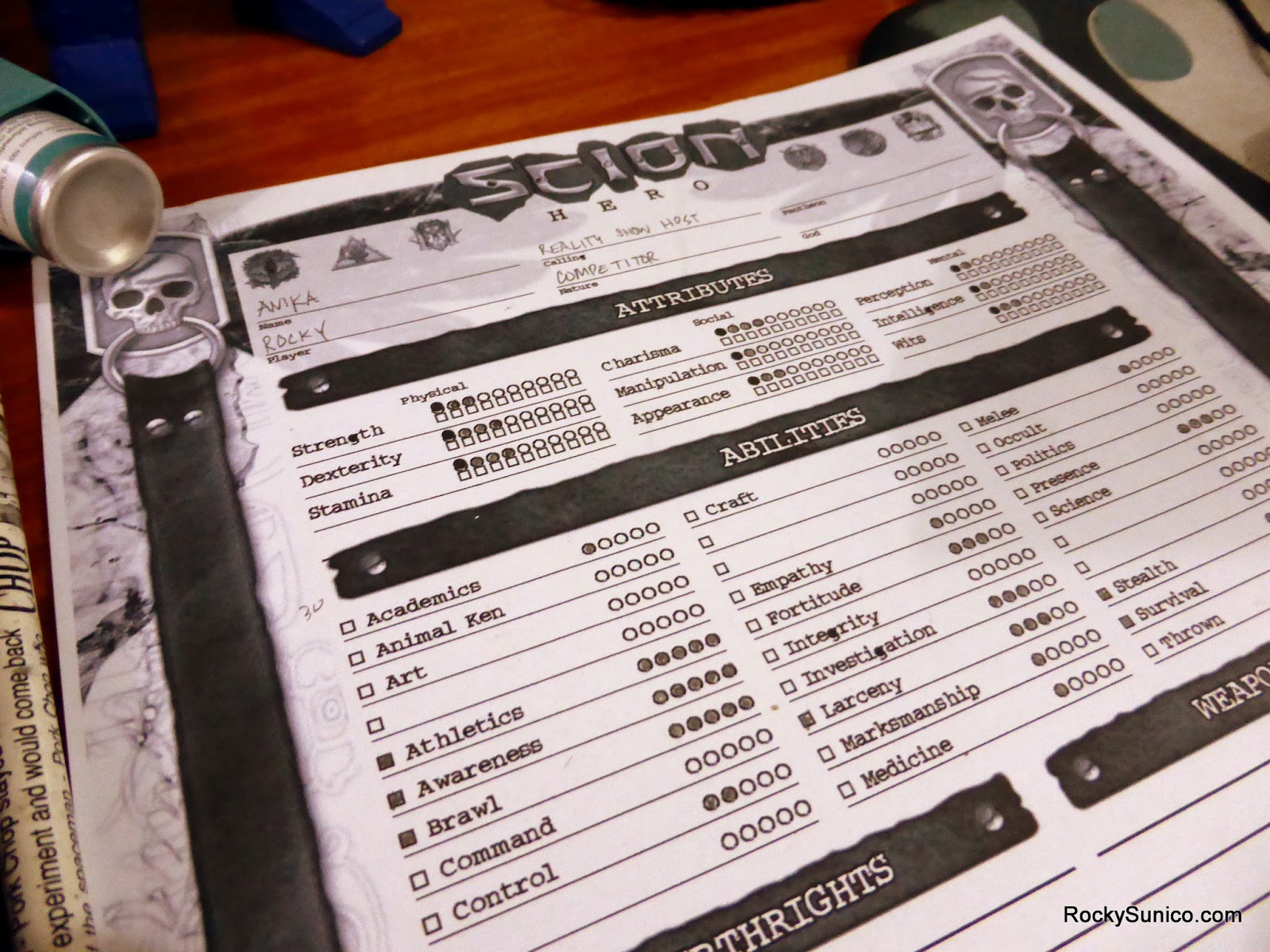 So we had a more focused game night last night, which was pretty fun. Certain friends had been asking for a follow-up RPG session after their respective one-shots and so it was nice to finally get around to scheduling some time with them. And we felt it was time to give them something a little meatier to try out - and thus it was finally time to go back to that unique gaming experience that is White Wolf's World of Darkness books - or in this case Scion.

Scion is a game where players are all somehow the offspring or descendants of different deity figures. Naturally this gives everyone powers and such - in other words, a more adult sort of Percy Jackson style adventure. And last night we managed to get through character creation together with a quick introductory session to get folks used to the system. And as is the way with Tobie games, it was pretty in-depth and still a little dark, despite our attempts to diffuse fear with humor.

As much as I've been enjoying playing different games using different systems including Houses of the Blooded and the various Apocalypse Engine derived games. But there's something about the various D10 dramatic systems that always feels particularly comfortable - although that's probably not the best word for it. I guess it's because it's the system that I first started with when Tobie introduced me to gaming and it continues to be the one that I enjoy going back to.

Oh, and we played Caverna.  I managed to snag victory with a combined strategy of mines, donkeys and cows. Such a stressful but brilliant game. Then again, most of our favorite games end up feeling pretty stressful. 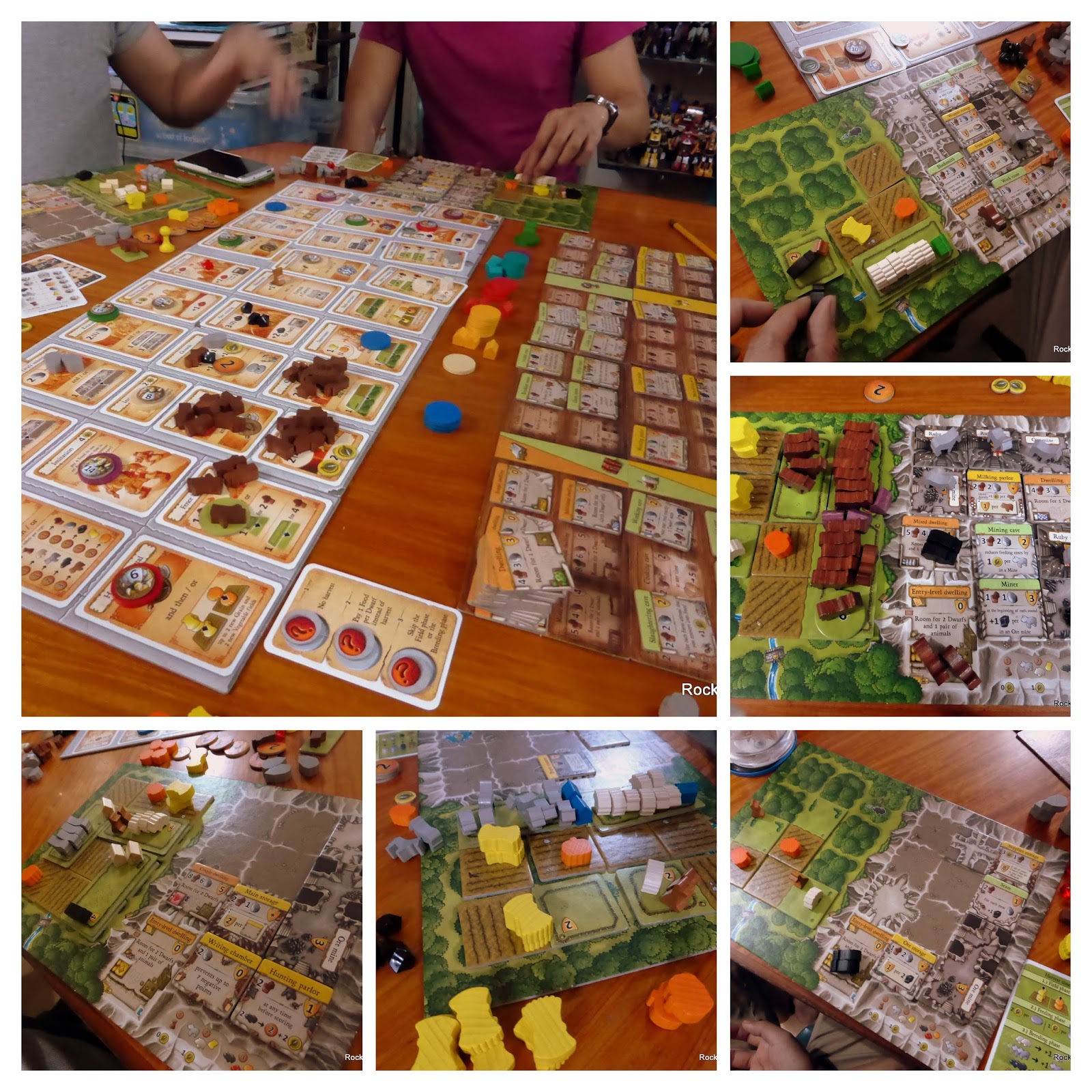