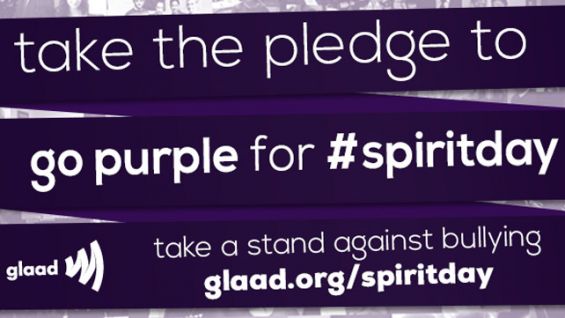 Today is Blog Action Day, but it is also Spirit Day. The two events happen on the same time every year at least since Spirit Day began in 2010. But this is one of the years when the two event seem to be speaking along similar lines given this year's Blog Action Day theme is Inequality. And Spirit Day of course is about taking a stand against bullying, particularly of LGBT youth.

Since I had already discussed various forms of inequality over on the Geeky Guide, I had initially planned to write about the #BAD2014 theme of Inquality tied to Spirit Day's goals. But given how the media conversation has shifted to include the recent murder of transgender Filipino Jennifer Laude, it's hard to talk about anything else.

And while the media struggles to figure out how to properly discuss this delicate news story, the rest of the internet is also taking this chance to reveal more of their views on the subject of transgender people. And as expected, it's not pretty.

Too many flippant comments and social media posts are quick to assign blame to Jennifer. It's her fault because she deceived the guy who killed her. Obviously this was the consequence of her promiscuity given her supposedly being a prostitute. The crime was only committed in the heat of the moment upon the killer's discovery that she wasn't a real woman, so it's somewhat understandable. She somehow deserved what she got for carrying on with this play-acting game, pretending to be a woman.

There are all horrible, insensitive and practically transphobic statements about a person's death. It's so easy to dismiss death when the victim belongs to a minority group that you don't understand. It's easy for the media to try to hide behind the supposed facts of the case if it means that they don't have to go down that road of respecting her gender identity and calling her Jennifer. Instead she's always Jeffrey "Jennifer" Laude or Jeffrey Laude also know as Jennifer.

It's this sort of thinking that empowers bullies to lash out at those that they do not understand or accept. When people think it's okay to think badly of others merely because they're different or when you can say that the way others act indicates they are "abnormal" or something similar. it's the same thinking that fuels hate crimes and celebrates bullies.

Open your minds and hearts. Learn to embrace the infinite diversity of the world around us. Don't foster the same vile brand of thinking that supports bullying and all other forms of discrimination.